By the time The Mill Design Studio pitched their ideas for idents for Al Jazeera English, they had already been thinking about the project for nearly a year. While the London-based studio is known internationally for its design work for all types of media, they were excited about the opportunity to do something creative for a news channel. “Especially one we believe in for telling straight stories without a lot of filtering,” recalls Will MacNeil, the CG designer director on the project. 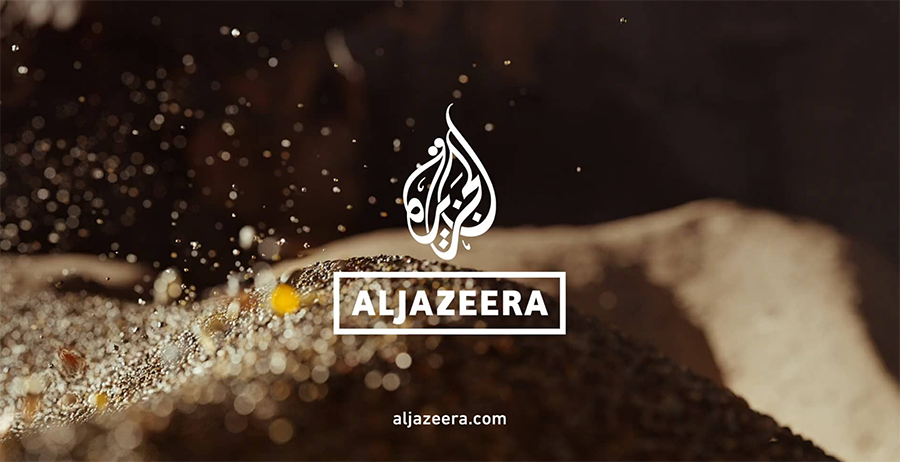 Using a combination of Cinema 4D, Houdini and Redshift, the team created five unique idents, each with a theme representing Al Jazeera and what the Middle East-headquartered channel stands for: resilient, raw, revolutionary, fearless and diverse. “We did a lot of research on Al Jazeera’s history and thought about its future to come up with the five values for the channel, says MacNeil, explaining that Al Jazeera also wanted the new idents to maintain the brand’s identification with nature. “Showing things like the sea, mountains and sand without looking too much like a desert.”

Maximizing Creativity
Though the idents look as if they could have been filmed, four are fully CG and the fifth, called Resilient, was created using altered stock footage and a CG wave. To help build the vast amount of scenery they needed, the design team used Quixel Megascans, which worked well with Redshift. "The bridge from Megascans supports Redshift directly, so it plugs in easily and all we had to do was customize their high-quality scans the way we needed to," MacNeil says.

To give the team more creative freedom, a different artist led the making of each ident with each team following a set of rules, so that everything would be cohesive. MacNeil was in charge of the one called Diverse, which speaks to the idea that voices are as unique as grains of sand and together those grains make up humanity itself. 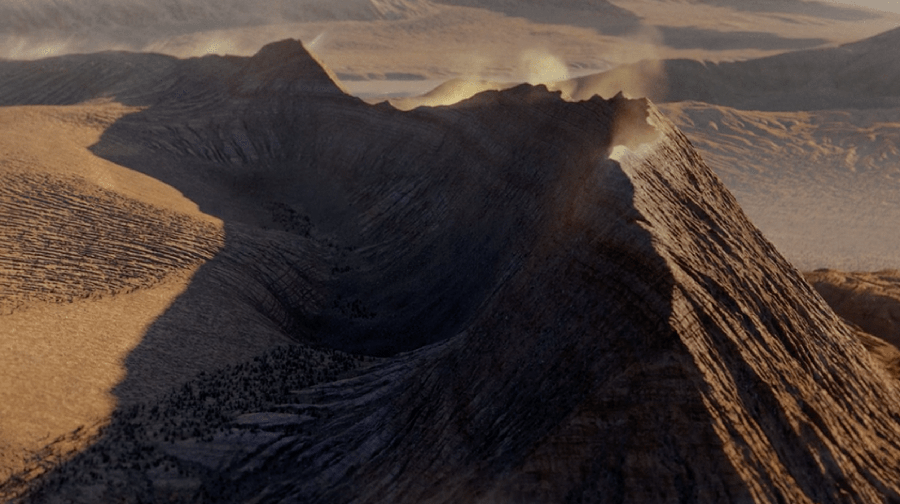 "It was a really tight team," he recalls. "Three of us handled about 80 percent of the actual work, and that’s partly why we used Redshift. We realized from the start that no matter what the story or scenery was, the structure of the idents had to remain the same" That's why, before they roughed out scenes or cameras, they all locked down the structure of the videos, nearly to the final frame.

"Having some choices taken away at the beginning of a project like this really helps because you don't have to consider so many variables," MacNeil explains. Working together with Art Directors Anthony Fieldsend and Nikita Shestakov, MacNeil talked over the project thoroughly and created a lot of animatics and very simple animations so they could see how everything was feeling before really digging in. Ross Urien, a creative director at The Mill, did the original style frames for the Al Jazeera logo, which were intended to be subtle and blend in with the environments.

It was a small team for a project of this type, but MacNeil and other members of The Mill Design Studio team wanted to do things that way this time. Doing that, though, meant it was very important that they figure out how to jump back and forth between Cinema 4D and Houdini, and render very quickly in Redshift. "We’ve had Redshift in the studio for about two and a half years, but we didn’t start to use it vigorously until we started mixing C4D and Houdini," MacNeil recalls. "That's when we realized it was our best option because Cinema 4D and Houdini renders look the same, so we can easily mix and match things from both systems."

Capturing Al Jazeera's Role
It's not easy to express values visually, and each artist on the design team approached the challenge differently. MacNeil and Fieldsend led the making of the first ident, Fearless, in which the visuals represent Al Jazeera as a source of light, honesty and transparency. "We struggled with this first one because we didn't know yet how far we could push things," MacNeil says. Knowing that it's easy to push VFX too far, they tried to keep shots simple and graphic, sometimes using light to bring out subtle shapes in the rocks. 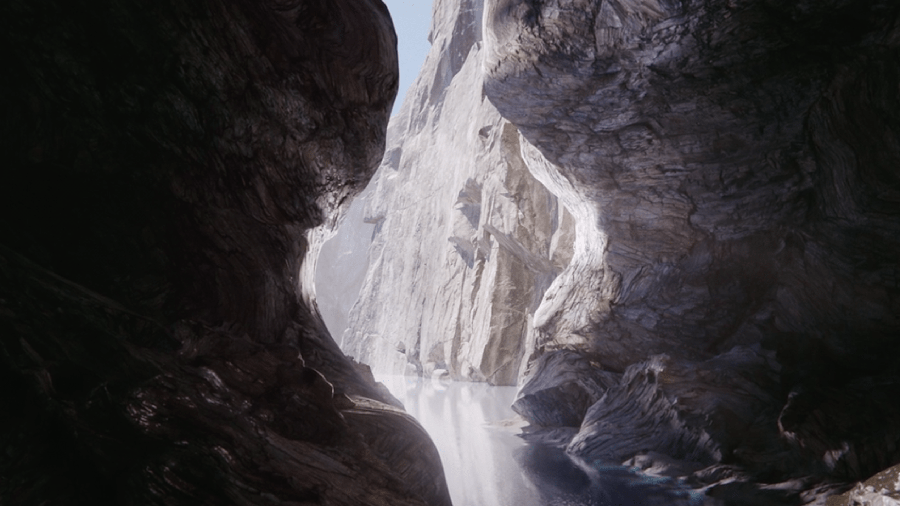 Though the location was imaginary, they tried to make it look like a real place, and they particularly liked the way the wide shot at the end turned out. "We built that shot in C4D and used a plugin called Forester to create the trees on rock tops," he says, adding that he also animated a very simple bird that flies through the scene.

For the Diverse ident, MacNeil wanted to show how something as tiny as a grain of sand can be miraculous and part of a larger ecosystem. "I used Instancing in Redshift to cover the landscape with millions and millions of particles that were randomly assigned to about 100 unique models of grains of sand," he explains. "I don't think we could have done that any other way." 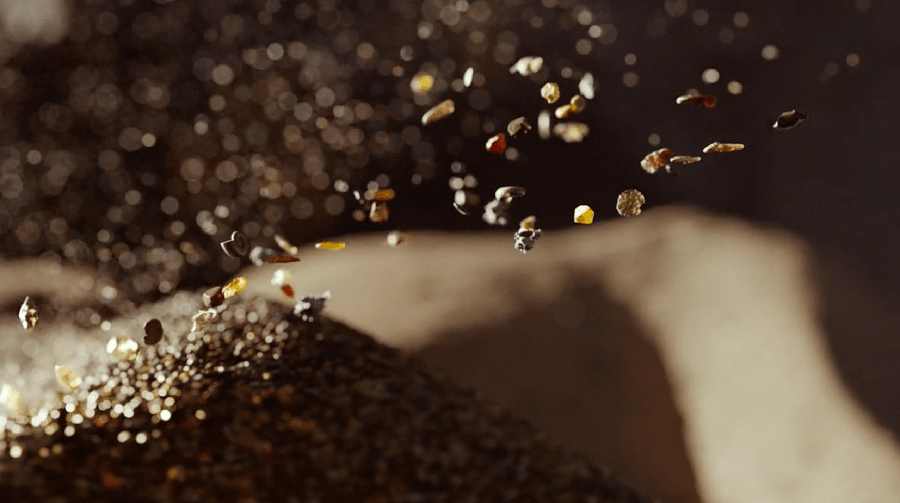 To create a massive sense of scale for the wider shots of the mountains, MacNeil spent a lot of time building up shaders to create stratified terrain and mix sand with rock. He primarily used Houdini's procedural terrain tools where landscapes could be defined first with simple shapes before being put through processes, like erosion and terracing to add small details.

Fieldsend created the Revolutionary ident at home under quarantine. Inspired by coral that grows in the Arabian gulf, the ident highlights Al Jazeera's role as a catalyst for change. While he built some of the coral in Houdini, he also used some scanned coral meshes that he modeled in C4D.

The goal was something that looked fairly realistic and, like the other artists, he used Redshift to test work in progress from shot to shot.
"For this project, we rendered everything into the shots, including motion blur and depth of field," MacNeil says. "We wouldn't normally do that but we wanted to try, and we were really surprised that we could get away with it, but we did." 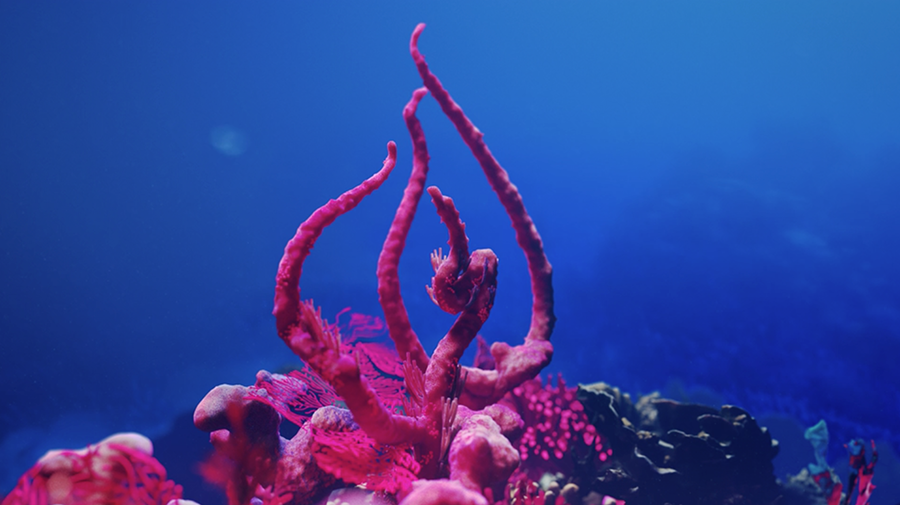 Shestakov led the creation of the Raw ident, which mixed smoke and lava to convey the importance of not masking the truth. To get the scale right he used Quixel Megascans for closeup shots and procedural tools inside Houdini for wider shots. Making the lava look believable was challenging, MacNeil recalls. "We wanted the shots to feel unique, so we simulated lava in Houdini and textured it to make it seem distinct and graphic." It was tricky to get the shader that drove the lava right, and it was also difficult to get a realistic look as the lava cooled and became more like rock. 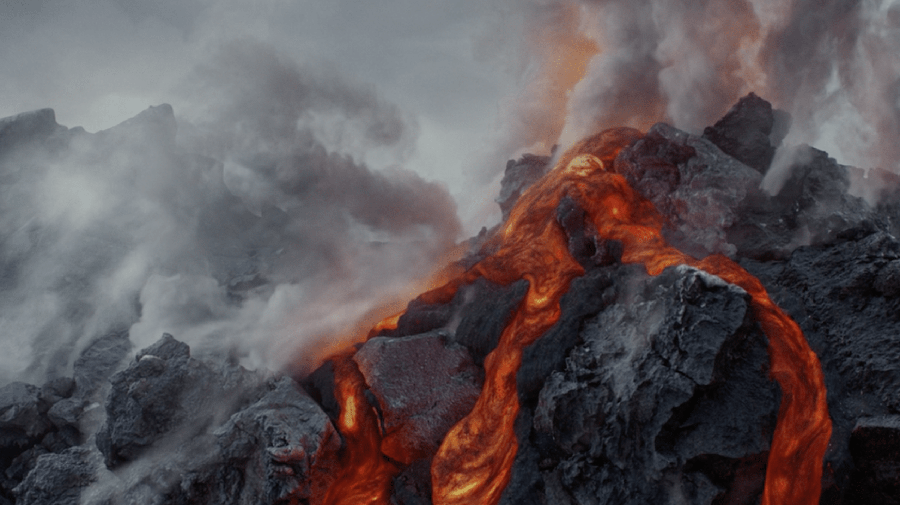 "It really helped that Nikita has experience doing simulations in Houdini, but what was really great is that we are all skilled artists, as well as designers who think about things like composition and framing," MacNeil says. Having the opportunity to enjoy an unusual amount of creative freedom made this project especially satisfying for the team. "It's hard when you're doing a rebrand to bring in a lot of your own ideas, but I think we achieved that with this one," he continues. "Al Jazeera is really happy with what we did, and it's exciting for us that, as a small team, we were able to make this because we have tools that make it possible for us to do what we want to do."