Based in Durban, South Africa, MAKER Moving Pictures, was founded by Jon Griffin in 2012 and soon after, joined by Wikus Prinsloo. Both artists had accumulated a wealth of experience in animation and VFX while working at many agencies and post studios, and their overlapping skill sets have allowed MAKER to create attention-getting work that’s earned multiple awards for clients in the commercial and film industries.

As seasoned problem solvers, Griffin and Prinsloo routinely guide clients on the journey from concept to final production. Among their recent projects were two spots for Airtel’s Pocket WiFi, which they created using a combination of Redshift, Maya, Cinema 4D and Nuke.

This was MAKER’s first job for Airtel, but the producer who brought them on to the project has worked with the studio for years. Airtel already had a fairly good concept for the commercials, envisioning scenarios with animals doing different things—like a tortoise riding on a cheetah and birds on an airplane—but they didn’t yet have a visual look in mind. So, working on a tight deadline, they spent some time in C4D and Substance Designer doing look development for the Savannah before diving into building environments in Maya that could be created and rendered quickly and still look great. 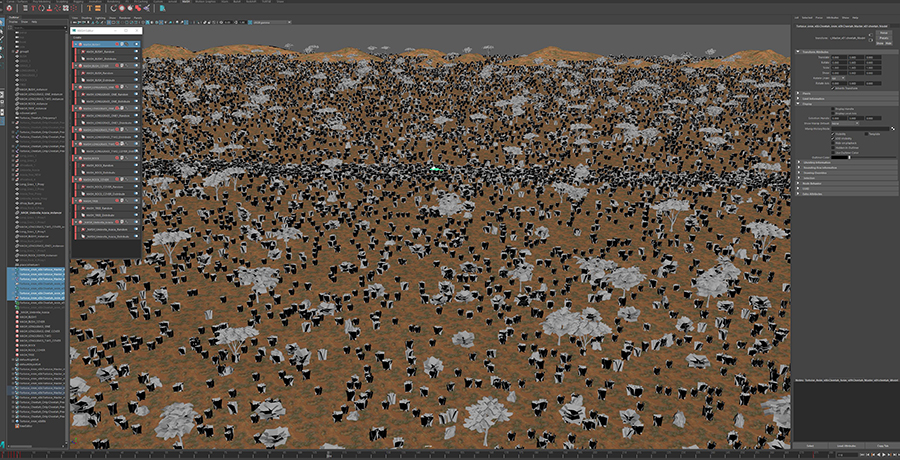 The environment for the tortoise and cheetah spot was especially challenging because the cheetah needed to run at the real-world speed of about 60 miles an hour, requiring them to create a Savannah filled with assets that was one-and-a-quarter miles squared. Knowing the scene would be heavy, MAKER made Redshift proxies out of all of the rocks, plants and trees and pushed them through mash networks in Maya so they could easily get different variations. Ultimately, each network had over 30,000 proxy assets. Watch the breakdown video:

Getting a tortoise to ride a cheetah was no easy task either because a cheetah’s shoulders and spine bend and lift many times per second during a sprint. That’s a pretty terrifying ride for a tortoise and would make a ridiculous-looking sequence too. So, for the sake of the story, the team neutralized the cheetah’s movement by stabilizing the shoulders and spine for the daring tortoise. Simple quadruped rigs and layers of blend shapes were enough to animate the sequence under tight deadlines, the MAKER team says. 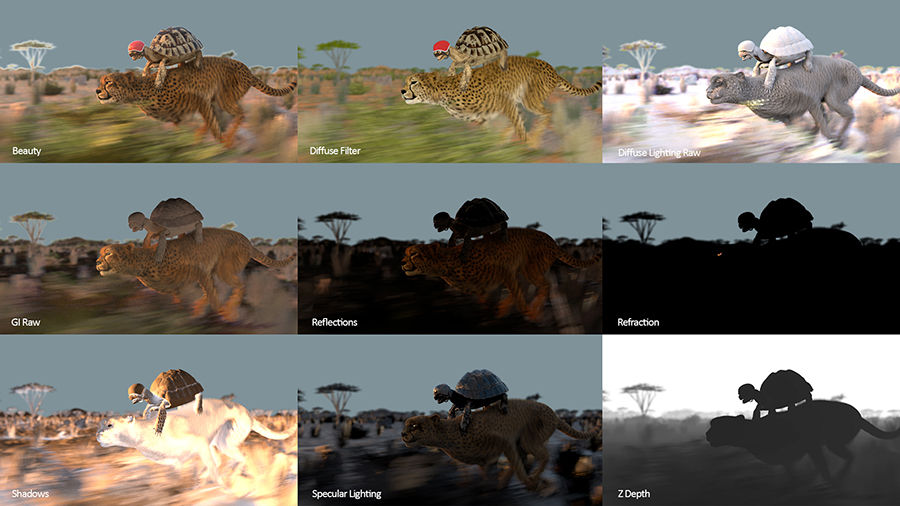 MAKER typically uses motion blur in Nuke to avoid long render times when working on quick-turnaround projects in 3D, but for this they chose Redshift because they knew that thousands of assets crossing the camera and overlapping the characters would cause motion blur artifacts in comp. “Fortunately, Redshift renders motion blur and Maya’s XGen fur incredibly fast compared to other renderers, which was a huge relief,” the team recalls. And Redshift’s easy-to-use AOV setup with Post FX gave the team great flexibility when compositing in Nuke.

Ostriches on a Plane
The second spot, featuring ostriches out on the wing of a plane, was seemingly simpler to create, but still had its challenges. The guys at MAKER explain: “We had over 18 previz animations for that scene and Redshift’s clay render mode with quick material overrides allowed us to deliver all these previz renders within a few days.”

The environment consisted of image plates and VDB clouds to provide parallax and the illusion of speed, scale and distance. MAKER used Redshift volumes, simple natural lighting and Post FX comped together in Nuke along with usual AOV passes. A few days before the commercial deadline, the client requested flapping skin on the ostriches to enhance the feeling of speed, as well as additional clouds and changes to the character animation. “With Redshift completing each frame in under three minutes on a single workstation, we were able to make the changes, do test renders and the final processing in time to flight the ad,” the team says. Watch the ostrich on a plane breakdown:

Like many clients these days, Airtel also asked MAKER to deliver some high-resolution print imagery to use for their Pocket WiFi campaign. The images needed to be 10K so they could be used on billboards and MAKER says they wouldn’t have been able to do that without Redshift’s speed. “Redshift really has a solution for everything we throw at it, and it doesn’t bog down no matter what.” 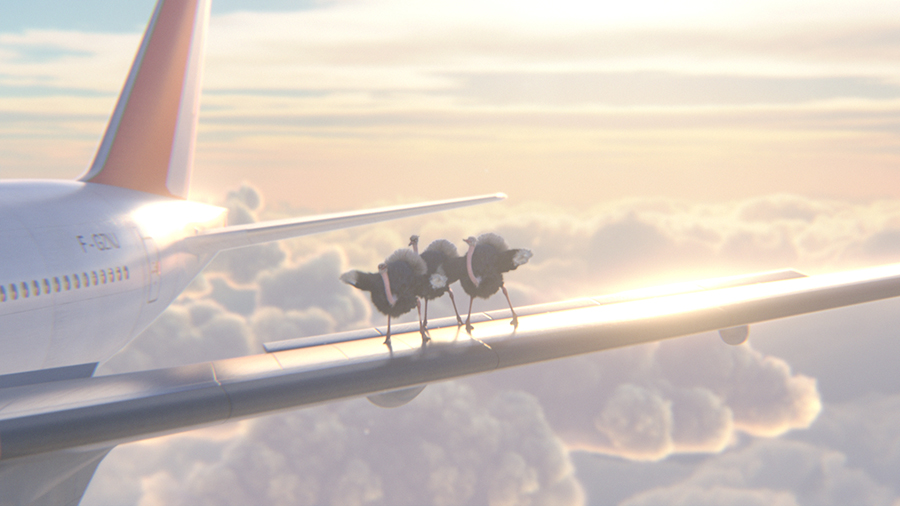