Using Redshift for The Expanse 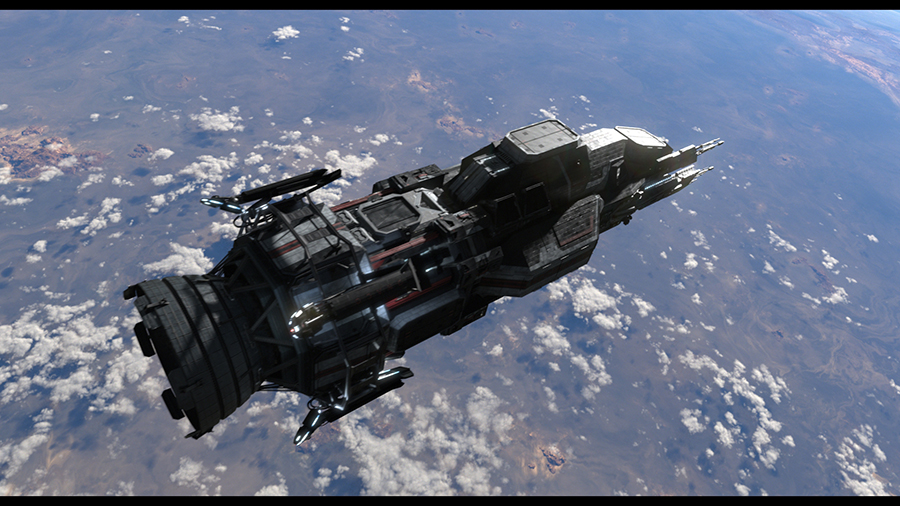 The new generation of science-fiction and fantasy TV shows wow audiences globally thanks to amazing storytelling and feature-film-level visual effects. Among the currently most critically acclaimed shows is Alcon Entertainment’s science-fiction saga The Expanse. Based on the best-selling book series by James S.A. Corey, the show is now streaming on Amazon. Set centuries into the future, after the human race has spread throughout the solar system, the show touches on many aspects of life from politics and social issues to interplanetary warfare and first contact with alien artifacts.

While the intriguing story line sets The Expanse apart from other TV series, the show’s visual effects, created by Toronto-based Rocket Science VFX (https://www.rsvfx.com/), are really the main attraction. Founded in 2003 by Tom Turnbull and Anthony Paterson, Rocket Science recently switched to Redshift for its work on The Expanse. We spoke to RSVFX’s in-house VFX supervisor Chris Nokes to find out more.

Redshift for the Quality Clients Expect
Rocket Science was tapped to work on The Expanse after having previously worked with one of the show’s VFX supervisors on the successful film, Dolphin Tale. While working on the film, the RSVFX team pitched a spaceship test for The Expanse and the quality of their work won them the job on the sci-fi series. These days, Rocket Science works with Bret Culp, the show’s overall VFX supervisor and his VFX team. “We work mostly on the spaceships because of our pitch, and the scope and complexity of the work we do has grown every season,” Nokes says.

By season 3, with work on the series becoming increasingly vast, Nokes and his team began looking for ways to speed up both the creation and final rendering process. That’s when they turned to Redshift: “Our first experience with Redshift was on season 2 of AMC’s Into the Badlands, which had a high level of shot volume,” Nokes explains. “It was Redshift that allowed us to generate enough iterations to get through the show with the level of quality our clients have come to expect from Rocket Science.” 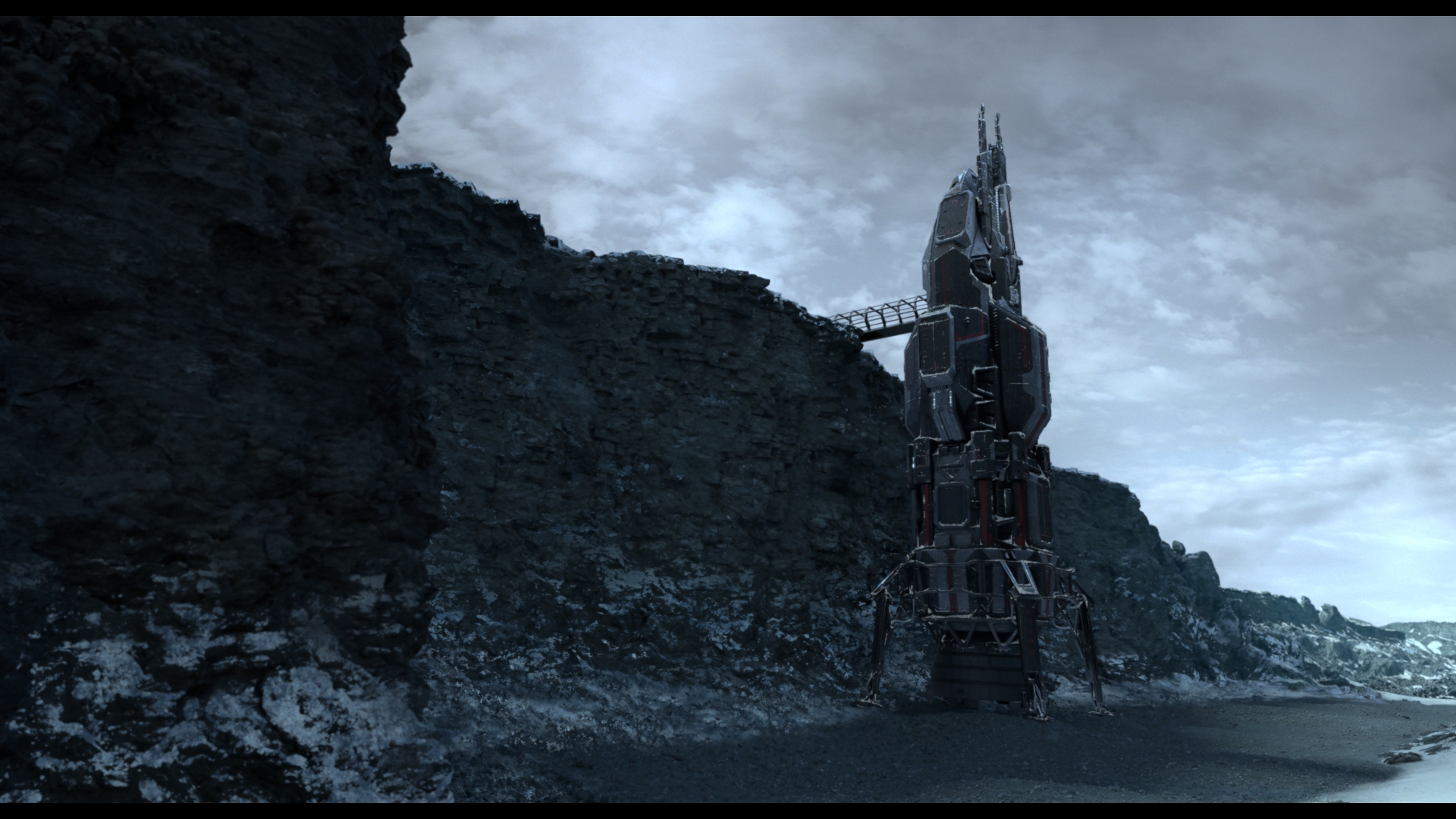 Redshift’s iterative ability has been game-changing for Rocket Science, Nokes says, explaining that The Expanse features spaceships and environments that are massive in scale. A 2-kilometer-long spaceship they’ve created for wide shots, for example, might also have to be repurposed for a close-up where, say, the actors have to stand on the hull. Supporting that constant evolution requires a lot of render power, particularly when you factor in a tight TV schedule.

“After using Redshift on Into the Badlands, we assessed the difference in render times between CPU and GPU rendering and it was staggering,” Nokes says. “That along with the industry’s push to a 4K delivery just made GPU rendering a no-brainer. We’re able to iterate faster in assets and lighting, and we get better-quality shots faster.”

In the past, rendering for a high-shot-count production like The Expanse, would have required a dedicated render farm. But Redshift has allowed Rocket Science to purchase some additional daytime render machines while using existing workstations as night-time render nodes. “We focused on upgrading workstation GPUs, so artist also increased their iterative process,” Nokes says, adding that they had already replaced the CPU blades in their local render farm with GPU blades for more horsepower. Rocket Science is also leveraging third-party render providers, such as AWS, which are increasingly offering GPU rendering from the cloud.

Looking to the Future
Nokes says that making the transition to Redshift was easy for the Rocket Science team because of the support they got from the company. It also helped that a single license could be used with all of the software the team uses, including Houdini and Maya. Now, with Redshift 3 just around the corner, Rocket Science is excited about the new features they will be able to use in the near future, particularly the new VDB support, jet shaders and limitless tzZXo VDB sizes. 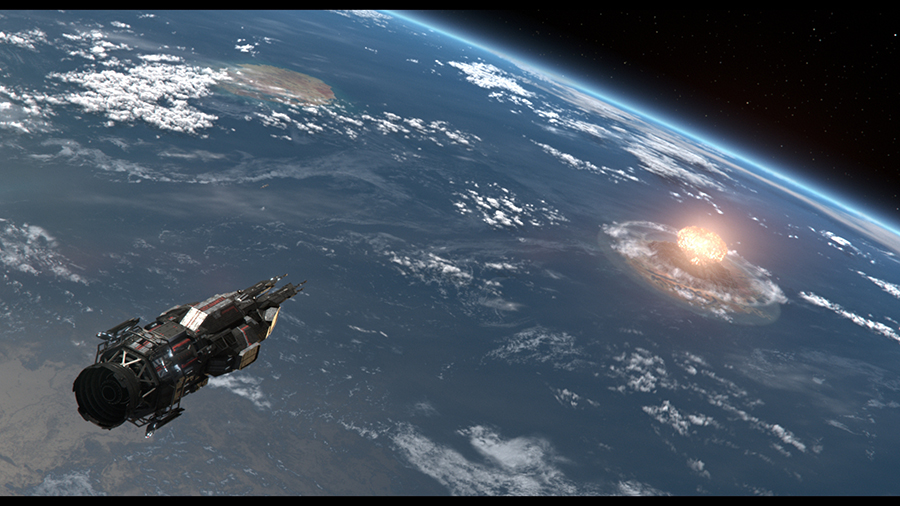 With Redshift now an integral part of their pipeline, the team is hard at work on season 5. “With each season of The Expanse, we’re looking to up the challenge from the previous season,” Nokes explains. “We love working with the VFX team and Alcon to surprise and excite the audience every year. It’s been great to have a supportive partner in Redshift to help achieve those goals”