The Art of Seeing

Optical Arts on using CG to question our perception of common objects.

A woman reimagines everyday objects—a fork, a stool and a mug—after seeing a fork displayed as art in a museum. From the mind of London-based Director and Designer Fabrice Le Nezet, the short film, Fork, explores how our perceptions change when an object moves outside of its original context.

Created in collaboration with a small team of photographers and artists at Optical Arts studio, the film was made using a combination of Maya, Houdini, Redshift, Nuke and Flame, as well as physics-based simulations and procedural setups.

We talked with Le Nezet about Optical Arts and the studio’s process for making Fork, which was a Vimeo Staff Pick in 2020

Tell us a bit about yourself.
Le Nezet: I studied animation and digital directing at university. After I graduated, I moved to London to work for The Mill for about 12 years. I started as a general CG artist, and then a year or two later I began directing short films, commercials and music videos.

Next, I moved to Riff Raff Films, which is a live-action production company. I’ve been at Optical Arts for just over a year now, and it’s been a very exciting time because, in this early stage, we get to define our voice as a creative studio. 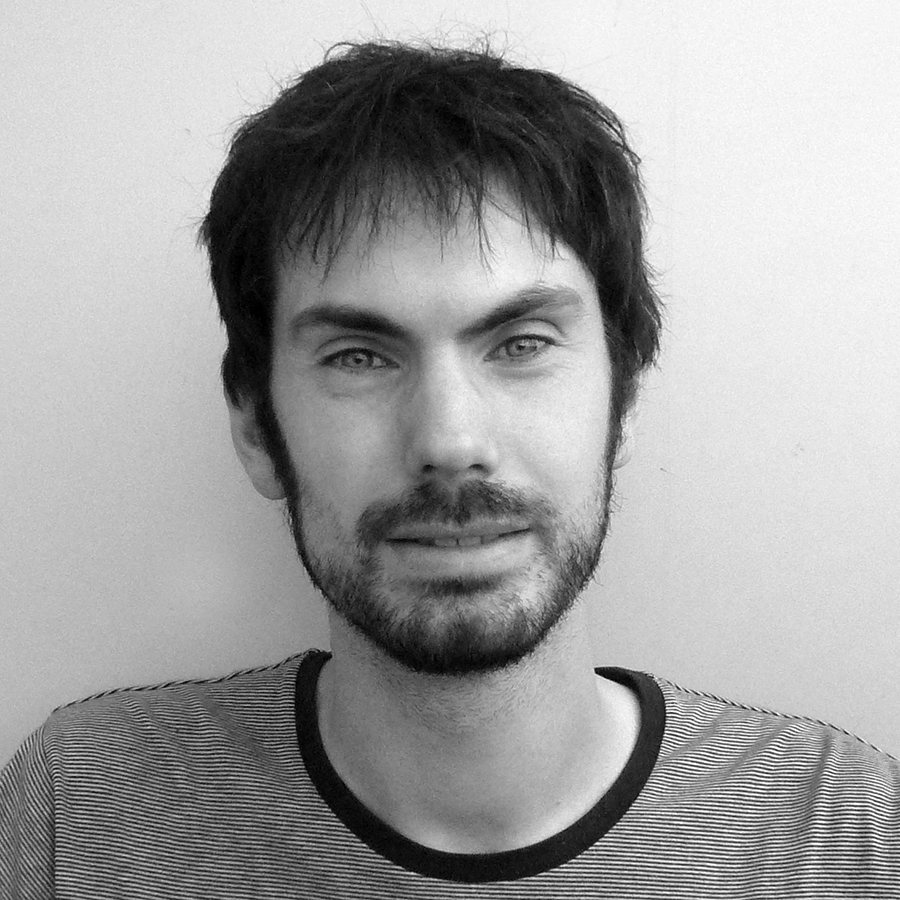 We’re still fairly small, just five people. We have two photographers, a Flame artist, one retoucher/designer/colorist and me. I am working as a director and I’m also supervising anything that has to do with CG.

Did you think of this film as a way to showcase what Optical Arts can do?
Le Nezet: I have been working as a director for both live action and animation for years, and I’ve also been doing a lot of research as a designer and sculptor on separate projects. With Fork, I saw the opportunity to create a film that combines everything I love.

How did you develop the concept for Fork?
Le Nezet: I wanted to explore a collection of shapes, where every shape is related to the other. I chose objects of daily life, a fork, mug and stool, and decomposed them into very simple elements. After that, I started to imagine what interesting things we could do with them. I really like working with the fork and developing different shapes with it. It’s a very tiny element that has a quite complete shape.

I had an idea to have the forks move like animals, and the quick animation tests were very interesting. But as we explored dynamic ways to create interesting movements, we ran into problems with the scene where a large number of forks turn into fish. The simulation in Maya gave us rich movement, but the objects were very hard to control.

So we switched to a procedural setup in Houdini, where we would draw every animation based on noise, curves, and randomness attributes. That led to trying some to make some sort of snake with the mugs, and then it was about figuring out the emotional journey so we could tell a story.

We were really comfortable using Redshift for this, and it was perfectly integrated with Houdini ,so I was able to play and create new setups and look dev them seamlessly. Redshift was not only very reliable, it made it possible for us to render complex sequences in a short amount of time.

How did you go about finding the look of the film?
Le Nezet: I’ve been working in CG for years, but now I’m working with photographers so we can talk about lighting and how they would approach things if they were shooting them in real life. They’ve spent so much of their careers lighting objects, and they know a lot about lighting theory. We have a photo studio in our office, so we can just go in there, take an object and do quick lighting setups just to see how things look.

We’re so lucky to have that setup, because it’s actually pretty rare. Instead of doing random tests, we can just go into the studio and play for an afternoon and discover little details. I end up saying, ‘Oh yeah, this is nice. I’d like to get this sort of thing in CG.’ Redshift offers the perfect mix, nice lighting quality that’s ideal for rendering photoreal scenes, as well as a lot f control to render animations.

This was also the first time we used ACES (the Academy Color Encoding System), which made a big difference when it came to lighting big interiors. ACES is a cross platform color standard that has helped us streamline our workflow between Houdini/Redshift, Nuke and Flame. Now, we’re able to throw a lot of light in the scene in a very intuitive and realistic way without constantly worrying about burning part of the image.

This project was actually fairly monochromatic with a white wall and a concrete floor, but I didn’t want a monochromatic theme. The color came through the lighting in interesting ways, like adding color to the shadows just made it a bit more vibrant and set the mood and atmosphere. To me, the number of iterations you can produce is one of the key factors to delivering high-quality images. Redshift has been a massive help there, giving us more time to try variations and focus on the creative.

Tell us about shooting the live-action elements.
Le Nezet: We were supposed to shoot the first week of the lockdown, and we had to cancel the shoot straight away. I even developed a version of the film without the character because I wasn’t sure we would be able to shoot it. Eventually we were able to organize a very small shoot with only a few people, trying to be as safe as possible.

Generally, when we shoot, the live-action elements will drive the CG, but for this we did things the other way around. We got the live-action plate very late, and we already had a version of the film pretty much done without those shots. It was actually quite nice to have the nearly final renders driving the way we were going to shoot things. I think it worked out well.

What kind of feedback have you gotten, and are you going to make more films?
Le Nezet: This project received a lot of great feedback, and it was really nice to see that people working in very different fields appreciate it. Fork was part of a series of projects produced to launch the company. But those experimental explorations are really in the DNA of the studio, so we’ll keep creating art films in the future.

Michael Maher is a Filmmaker/Writer in Dallas, Texas