Toronto-based studio discusses the making of their short film, Keinon about an orphan hero battling a terrible curse

Based in Toronto, Canada, Tendril studio is already known for having a multi-talented team made up of artists from around the world who produce artful, out-of-the-ordinary work by telling good stories and embracing design and technology. What their hearts truly beat fast for, though, is gaming cinematics. “We’re super in love with gaming cinematics, and everyone here is a gamer on some level,” says Chris Bahry, Tendril’s creative director and co-founder.

That passion shows in Keinon, a short film Tendril made entirely in-house using Redshift, Maya and ZBrush to showcase the studio’s character animation skills. An homage to classic anime movies, the film offers a glimpse into the backstory of an orphan named Keinon. Raised by a Ronin—a Samurai without a master—the film’s teenage hero must fight a curse that was wrought upon his family centuries earlier when “Keinon’s ancestor, greedy King Aram, made a pact with a demon, promising all his blood descendants in return for control over the Empire,” Tendril explains. 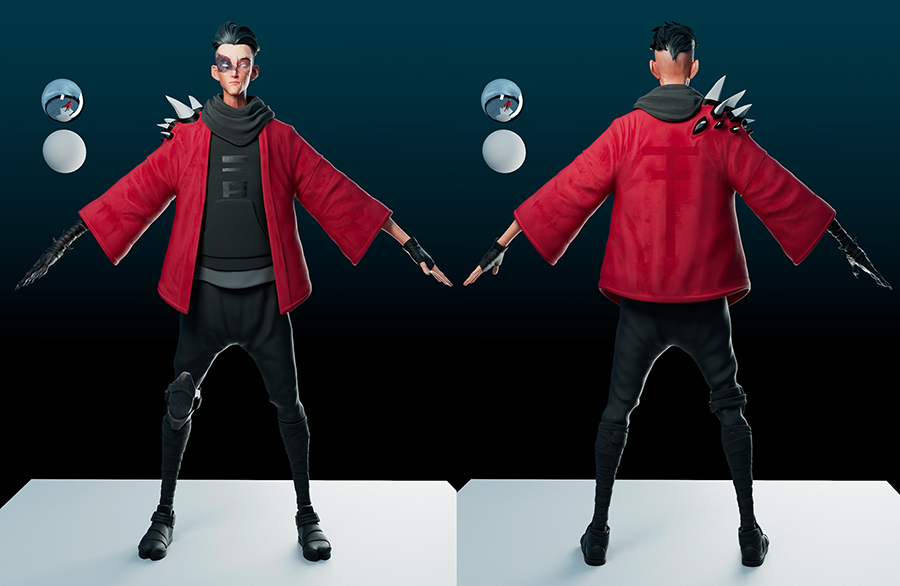 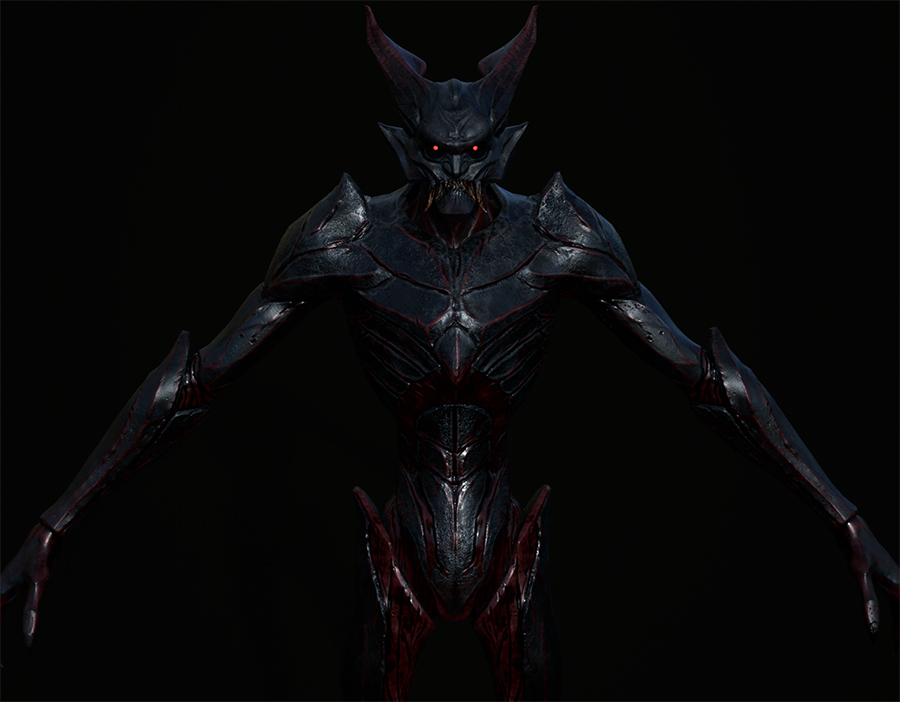 According to the curse, those descendants begin to turn into demons themselves once they reach a certain age. We meet Keinon after his face and limbs have already started to turn, and he is fighting to defeat King Aram’s army, the only thing that can break the curse, before it’s too late. Beyond just being challenging and fun to make, Bahry says the film gave the Tendril team a chance to hone many different types of skills that will be useful for other projects.

“As a studio, we’ve been working our way to more elaborate and complex character work, and our ability to enhance it, by developing our pipeline,” he says. “One thing we wanted to dive into here was creating some choreographed fight scenes with the kind of strong art-driven style that’s already key to our work. 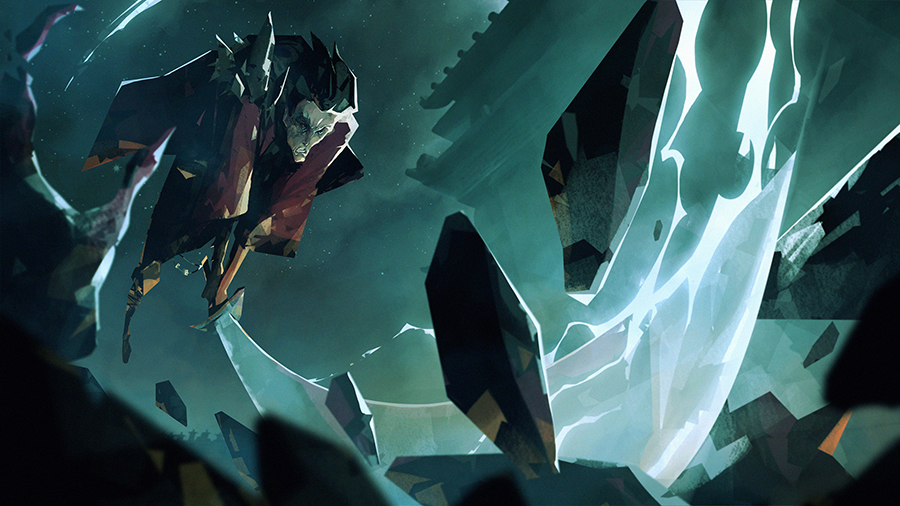 Action can be very challenging to choreograph, and nobody at Tendril knows kung fu, so they were a bit worried about how to create realistic-looking fight scenes. In the end, though, they’re pretty happy with how those scenes turned out. The main thing they focused on was matching Lead Concept Artist and 3D Modeler Rodrigo Rezende’s sketches. “We were working extremely fast, blocking out scenes and understanding that there’s a dance to this kind of animation and everything has to be balanced,” recalls Lead Animator Will Sharkey.

While they use both Maya and Cinema 4D for animation and VFX, Tendril relies on Redshift for rendering to ensure a smooth and speedy production pipeline. “Redshift is remarkably reliable,” says CG Supervisor Alexandre Veaux. “Even though that may not be a flashy feature, it is one of the most important reasons why we are working with it, and the support is great too. If there’s a bug, it gets fixed quickly.” 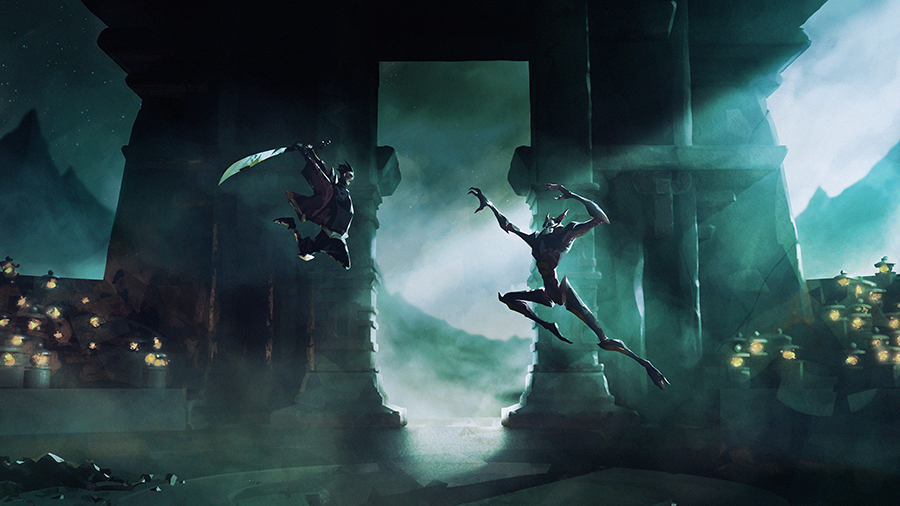 Redshift is also their go-to renderer for detailed and complex projects with large amounts of assets. “Redshift really helped with that arena scene where the character is running all over, and there are cliffs everywhere and the camera is really low,” Veaux continues. “We have had great experiences working with heavily textured assets—going over 10 or 20 UDIMS (U-Dimensions) per model—without issues when we needed to.”

Every aspect of Keinon is original, from concept, characters and environments right down to details like, fashion and weaponry. Accomplishing all of that took lots of research, sketching and experiments in 2D on and off for a couple of months, recalls Director Vini Nascimento. “It was a really fun process that was very important to us. We thought about everything, including what kind of sneakers Keinon would wear, and we brought in a lot of different details from Chinese and Japanese culture. Sound design was handled by Tendril’s long-time collaborator CYPHER.

Together with Veaux and the team’s other CG Supervisor, Ben Pilgrim, Nascimento helped turn sketches and style frames into storyboards and eventually a rough edit as they reorganized the narrative over and over again. At the same time, they were also developing a 3D model of the lead character that closely resembled what Veaux and Rezende, had envisioned. 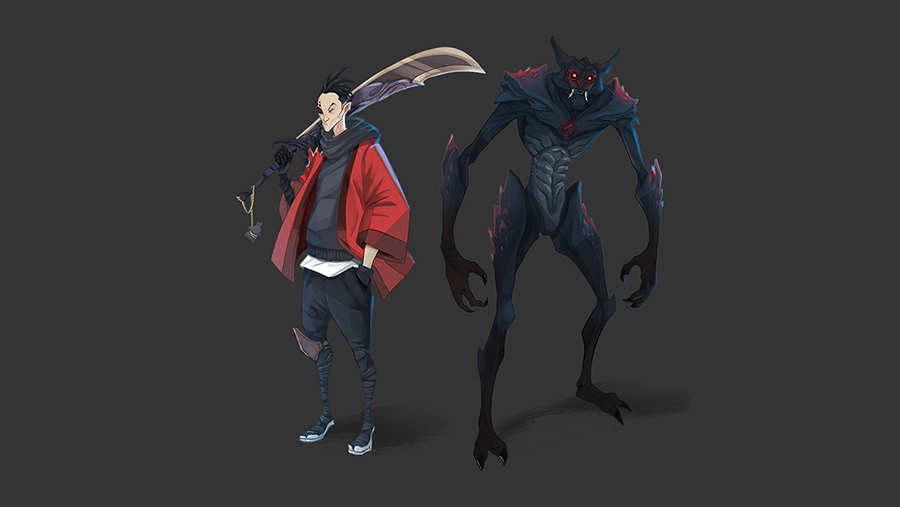 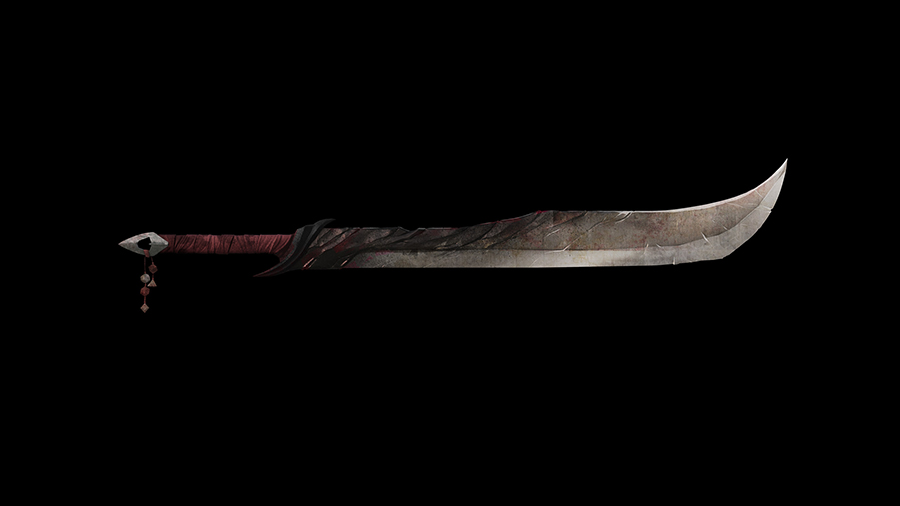 Veaux used Houdini’s Vellum solver for cloth simulation, aided again by Redshift’s speed. “Vellum is a very solid cloth solver, and I worked on integrating the I/O from, and to, Houdini in our pipeline software to remove the pain of transferring assets every time an animation gets updated,” he explains. “Thanks to Redshift's speed, we were able to run QC renders on almost every cloth simulation to check intersection and rendering issues early in the process.”

While they have no plans to create a longer film based on Keinon’s story, Bahry says the team has definitely considered it. Already, they’ve received some inquiries from people looking to see if Tendril would be interested in doing some similar work. “The reaction to the film has been so positive, and some people have said, ‘Hey, I’d like to play that game.’ I think people can see when you really put your heart and soul into something,” which has been really exciting for us.

Written by Meleah Maynard, a writer and editor in Minneapolis, Minnesota.