Madrid, Spain-based TA\VO Studio is known for providing distinctive art direction, design and animation to clients worldwide. Recently, the studio was asked to create the titles for Digital Design Days 2020 (DDD20), an annual design and new technologies event that is ordinarily held in Milan and Geneva but was virtual this year due to COVID-19. 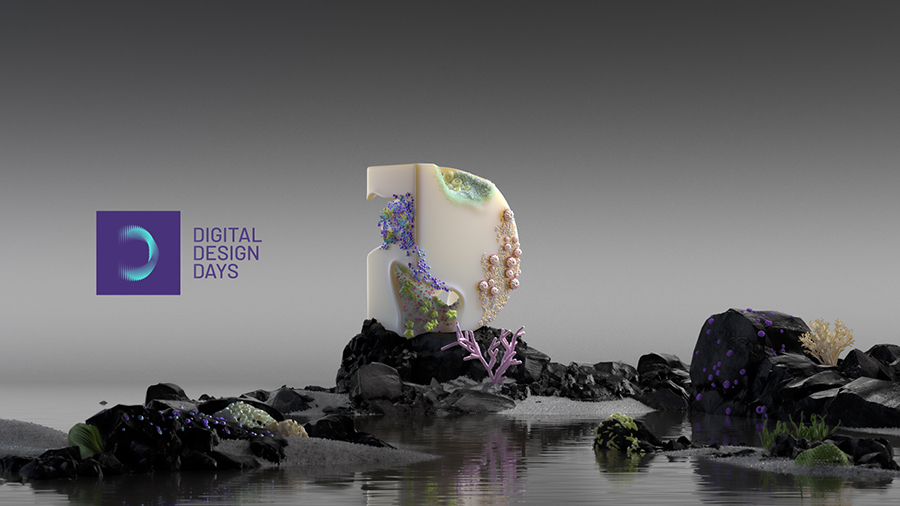 TA\VO Studio founder, Tavo Ponce, served as director, art director, 3D design and animator on the project, which had a tight deadline of just 10 days. Working around other client projects, Ponce and TA\VO Animator Juan Linera used a combination of Cinema 4D and Redshift to create an opening title sequence that “evoked the rebirth of the event in this era of isolation, inspired by the spread of a virus, in this case, the virus of creativity.”

We asked Ponce to explain the making of the DDD20 titles, which kicked off the event that included online sessions with more than 70 artists from around the world.

Describe TA\VO Studio’s approach to projects.
We like to experiment and create original visual languages that convey messages for our clients in new ways. We especially like to play with surreal situations, abstract environments and real textures and then we mix those worlds together.

How did you get involved with Digital Design Days?
We were approached by Filippo Spiezia, DDD’s founder and director. He admired the Nemoritis project we did for 36 Days of Type 2020, and asked us to create the titles for this year’s fifth-anniversary event. With such a tight timeframe, we agreed to take the project and based it on an evolution of the Nemoritis concept, which was an experiment with organic numbers and marine flora and fauna that included corals and algae. Using that concept saved us time, and Juan and I worked some long days with passion to get it done. 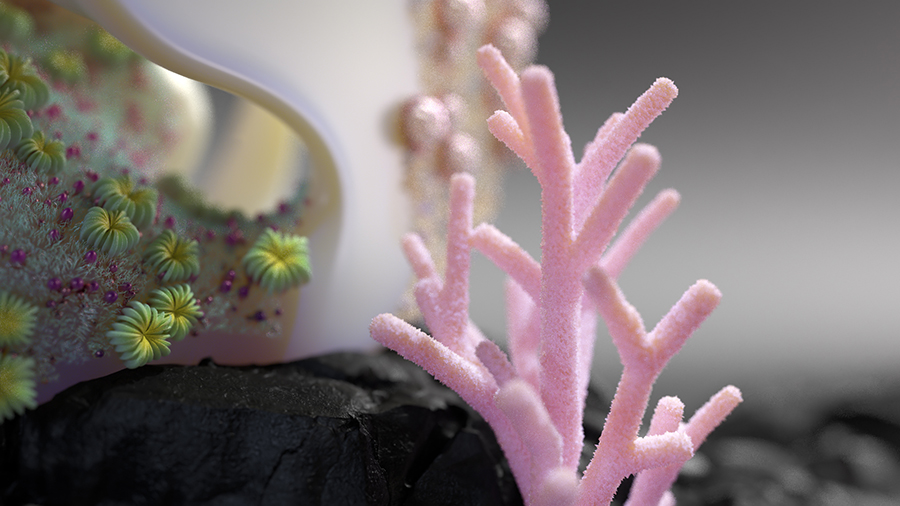 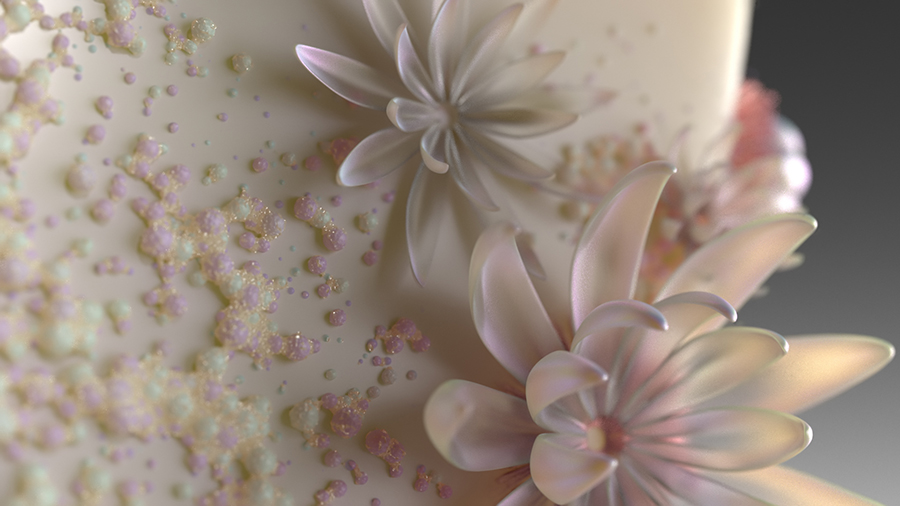 The sea life looks both magical and real. What references did you use?
We didn’t use any references of moving plants. We just looked at some coral and other static images because we don’t like to focus too much on the real work. We’d rather have an artistic component to our creations.

Describe how you made the cream-white D both liquid and solid?
We used Cinema 4D’s Volume Builder tool for the animation of the D.
We wanted to symbolize the state of decomposition of objects and materials over time, and then show how life grows on those things over time. Redshift’s Subsurface Scattering gave us a very clean and elegant touch to that effect.

Talk about some of the ways you used Redshift for this project.
Over the years we have worked with different render engines and Redshift is the best one in terms of timing and realism. It’s very easy to make realistic textures and shaders with Redshift. The Displacement tool is the most useful for us because it's very fast, and the subdivision with a tag allows us to work with low geometry. It always delivers great, surprising results on rendering.

This is our first project using Redshift’s depth of field. We used to apply depth of field in post-production, but the Bokeh option is superb because you have control over blur and can get a very photographic finish. It helps a lot to blend the abstract things we do. When you know there aren’t more client changes, this feature saves a lot of time in post-production. Redshift also helped us manage the number of polygons for this, which was important because rendering was taking a lot of time. 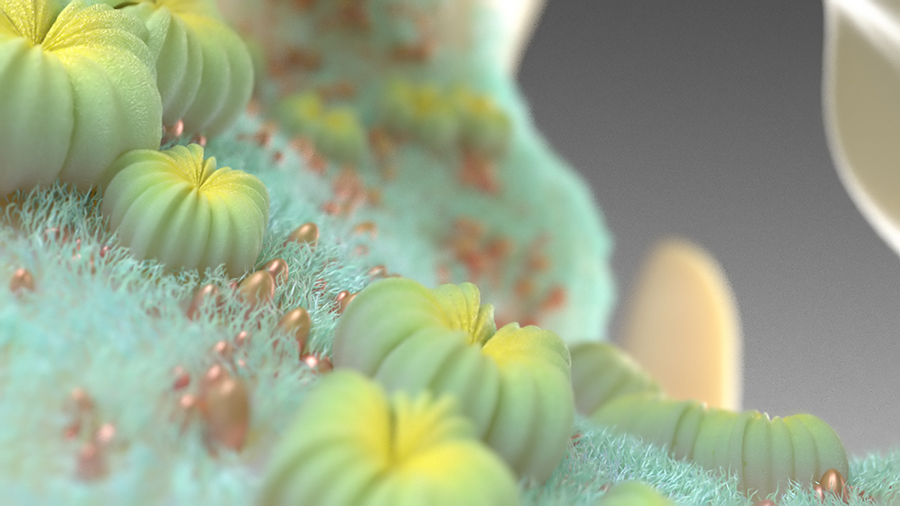 What was most enjoyable about this project?
We like to make videos in which every single has been carefully worked, so you enjoy every detail. While we want to send a message, we also want to provoke emotions and hope that people will enjoy what they see. The message with these titles is that there is beauty and rebirth in a dark world, and a new era will come after this hard situation we have been through.