Vincent Brak explains the process behind his concept artworks.

3D Artist Vincent “Brak” Brachmanski has worked primarily as a freelance 3D generalist and graphic designer, but his skillset includes a much broader array of talents—illustration, digital and matte painting, animation, video editing and game development—to name a few.

If he had to choose a couple of primary passions, though, they would be 3D and concept art. Using a wide array of software, including 3ds Max, Redshift, Houdini, ZBrush, Photoshop and more, Brak spends a lot of his free time creating detailed concept artworks “I’ve always loved concept art,” he says. “I find inspiration everywhere and, sometimes, something just hits me and when I go to sleep, I can’t stop thinking about it.”

Brak grew up playing with Legos a lot, and he also loved video games and animated movies. He learned Photoshop as a teenager and when he found himself having to redo a year of school, he took some design classes that led to him eventually studying 3D, design and fine arts. 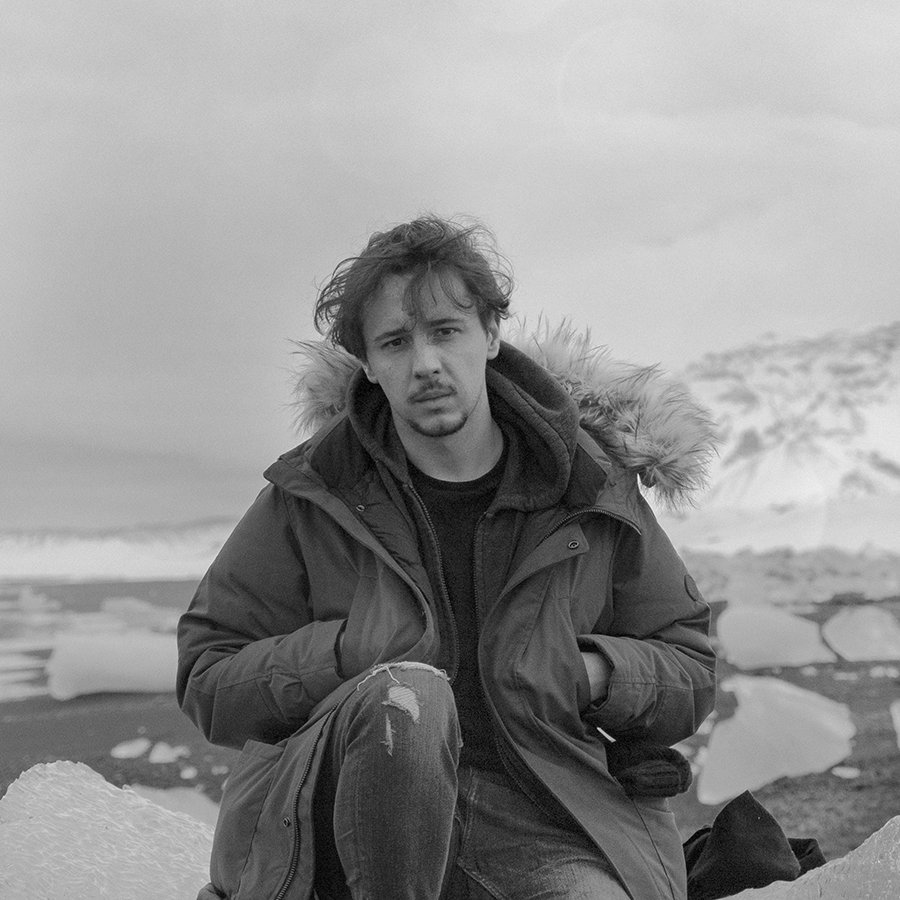 But studying and working to pay the rent for five years didn’t leave him much time to develop his artistic skills. Fortunately, he had studied with a teacher who made all the difference. “He wasn’t faking anything, and he just told me what was bad and why; and what I needed to do if I wanted to work in 3D,” Brak recalls. “I have huge respect for that teacher, and after learning with him, I found a job in video games.

Turning Ideas into Concept Artworks
While he isn’t currently working as a concept artist, Brak continually creates concept pieces and posts them at ArtStation. “Time is Relative,” for example, was inspired by an artwork Brak saw that featured a corridor with many doors. “I thought it was really cool, so I started thinking about how to do something similar but with watches, maybe also an old man selling watches but also selling time,” he explains. 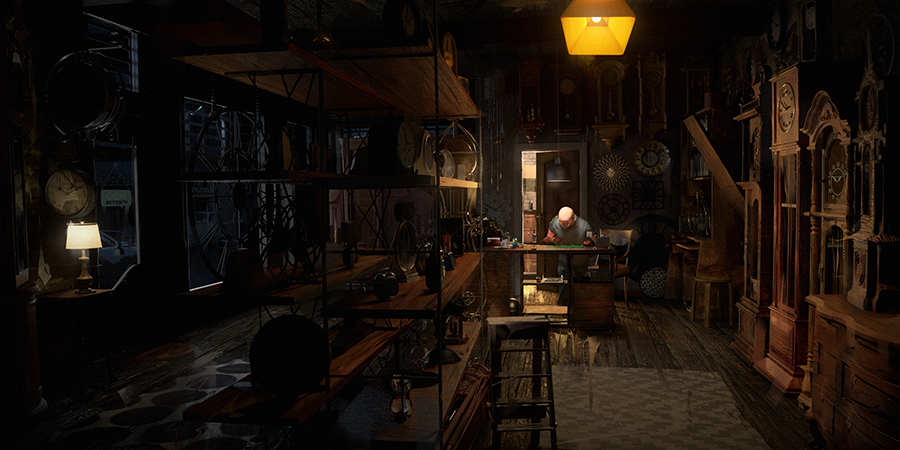 It was an interesting idea but seemed like it wouldn’t turn out the way he’d envisioned, so he created a scene with a watch seller in his messy shop instead. Watch the process video.

“I gathered a lot of references for the mood board, and it was great because I could never have thought of all of that stuff on my own,” Brak says. “My process for these is usually the same, I start out in 3ds Max or Houdini and make block outs with rough white lighting to get a greyscale composition. Next, he digs in to tweak the lighting and choose the color and light that will define the mood of the frame.

Camera changes come next as more detailed pieces get added to the scene. Once he’s happy with how things are going, there’s a lot more back and forth with textures, lighting and cameras. 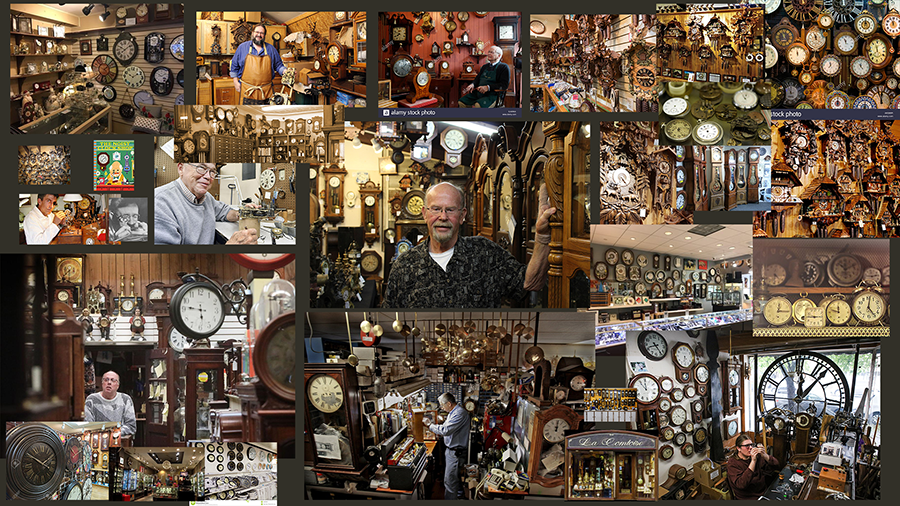 Tools vary according to the project, but rendering is always done in Redshift, which Brak taught himself about five years ago. “It was so powerful and easy to use, I fell in love with it right away,” he recalls. “Redshift makes it easy to tweak things and get them exactly the way I want them.”

Though he loves the look of Redshift renders, Brak photobashes his renders in Photoshop to get the painterly look he wants. Redshift is good at making things look realistic or not realistic but, for me, I always want things to look a little rougher, more like a painting. 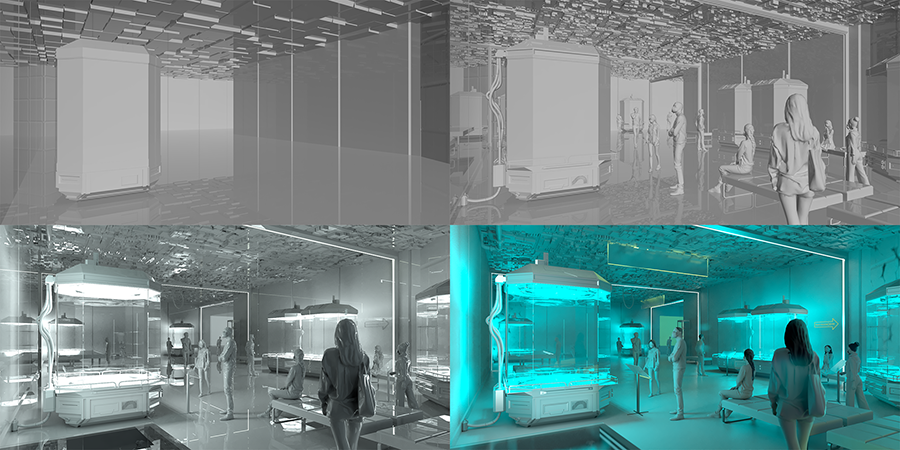 Another of his more recent concept pieces is “We Called it Future,”. Though he doesn’t like zoos, Brak was inspired to bring this concept to life as a way of imagining how people might one day see animals that are endangered or have gone extinct. Rather than featuring live animals, the futuristic exhibition he created offers up holograms of various creatures. Watch the process video.

Using a museum interior for reference and relying on deep blues, he created the kind of scene he loves most, “something with a realistic base that I can then make arty,” he explains. “Redshift was so helpful for this one because I could add the level of lights I wanted and the color. Redshift’s glass material was especially helpful. “The way Redshift works with reflection and light is one of the main things that makes it so good,” Brak explains. “I like that the glass can be as realistic or non-realistic as you want and still look good.” 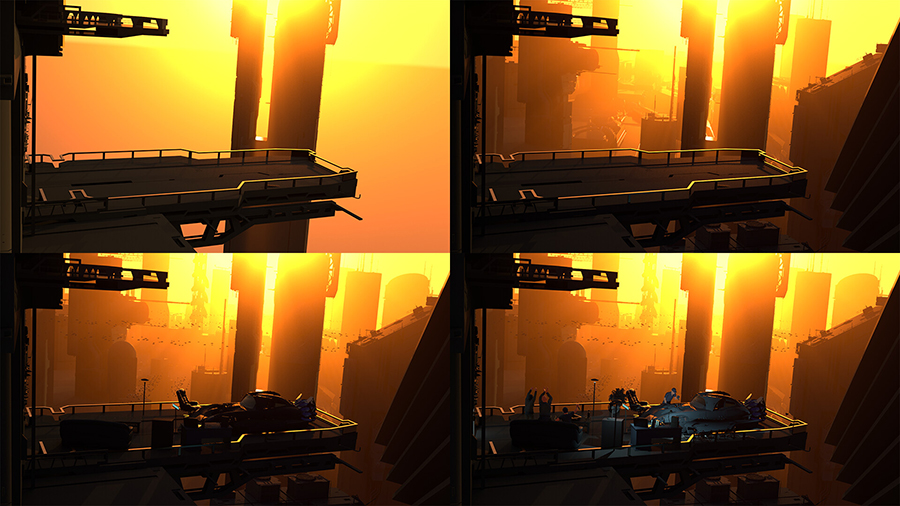 “Before the Race” is one of Brak’s earlier pieces and it stills feel special to him. “I made this when I started to really understand the basics of art and how I could more freely translate what I have in my mind,” he says. “For this piece, I started with Redshift Sun light, and I blocked everything out from there. I also added some fog in Redshift, and then I was able to go directly to composing the picture.”

Though he isn’t yet planning on seeking concept art jobs professionally, Brak does intend to keep working on personal projects to hone his skills. For now, he’s happy being a freelance 2D and 3D artist, working primarily in the film and video game industries. “I’m going to continue to learn, learn, learn and also travel the world to find inspiration and get better as an artist and human,” he says. He’s also planning to go on streaming personal and professional work on Twitch when he can.