Liquid Simulations That Absolutely ‘Crush’ It

As many studios and artists are still adapting to work-from-home pipelines, some smaller studios are absolutely thriving these days. With GPU rendering power at their fingertips, and online collaborations with artists and clients around the world, Dyne Studio is a great example of the new normal. 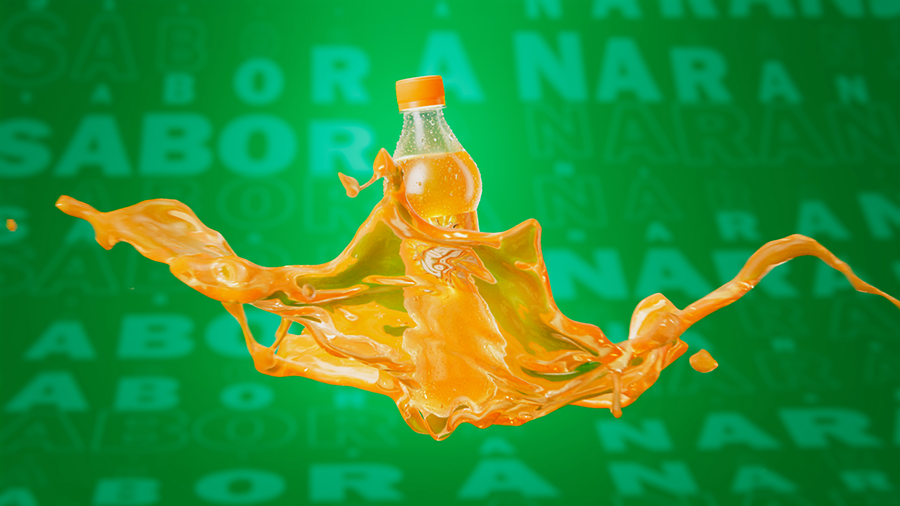 Working from their homes in Santiago, Chile, the studio is not only creating splashy commercials; they are nurturing a 3D and motion graphics community for native Spanish speakers.

We spoke to Dyne’s Roberto Gonzalez and Carlos Dordelly about how they used Cinema 4D, Houdini and Redshift for their recent motion design work for Keurig Dr. Pepper’s Crush Orange and Canada Dry beverages. They also told us about their ongoing efforts to equip the studio with the best tools and software.

Where did Dyne Studios journey begin?
Gonzalez: We are originally from Caracas, Venezuela. We have been based in Santiago, Chile, for about five years. Carlos and I met here in Santiago, and it’s funny because we met at a job interview. We were both applying for the same job for a small motion graphics gig with a local studio. Right away we clicked with our tastes in 3D and everything. We started doing freelance work together, and then in 2016 we formally established Dyne Studio.

Our background is in broadcast design, and we wanted to focus more on 3D motion graphics and motion design, using the benefits of 3D space and all of the capabilities it has to offer. We started to learn 3D rendering and we realized the power of hyper-realistic renders. That’s been our driving goal, doing more with photoreal 3D environments and abstract concepts.

We started with the needs of our local market here in Santiago, doing a lot of product shots. Then we began to reach out to more international clients, which has been going well. We are working quite a bit with teams in Romania, Russia, the US, and in Europe. So now we have a good split between local and international.

The Crush Orange project is packed with 2D and 3D graphics. Did you do the work yourselves?

Dordelly: We have really balanced skills between 3D and 2D. Sometimes we will bring in friends to work on projects, depending on the client’s needs. The Crush Orange project was really complex, and we had so much to do, so we brought in another friend who helped us do more 2D animation work. Usually, one of us focuses more on asset creation and the other on lighting and rendering, and we often switch roles. 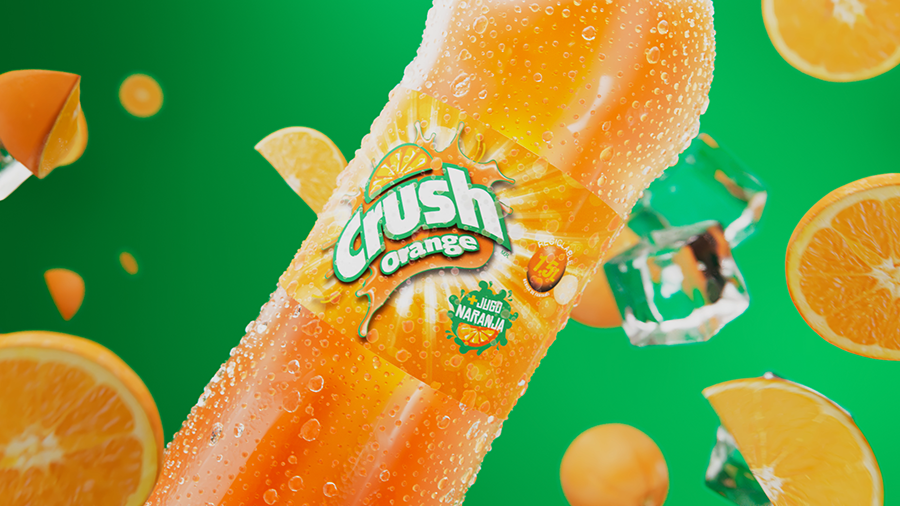 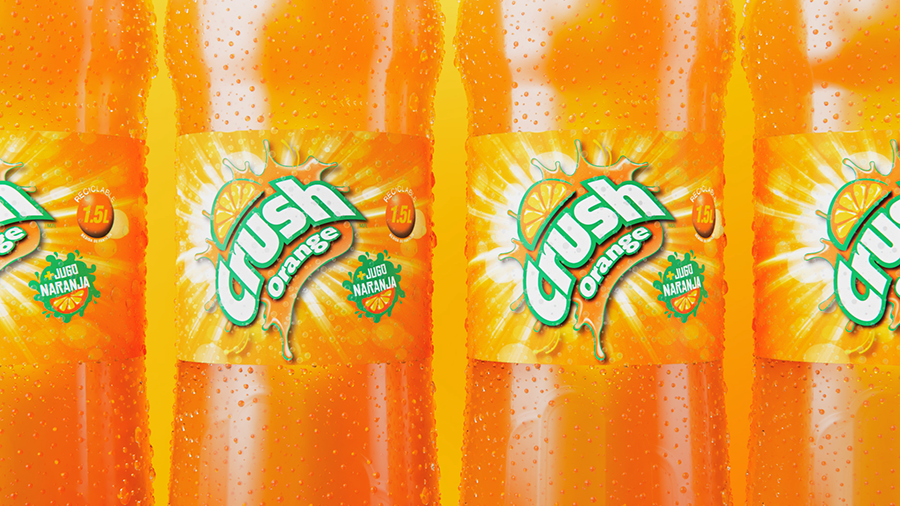 The Crush Orange spot was a challenging blend of 2D and 3D graphics and animation.

These kinds of projects can be really challenging, not every client needs a cube rotating. Sometimes they want a crazy thing, like eight bottles with liquid inside of them that’s moving. That stuff can be really hard to get right, but we accomplished the liquids for this spot with Houdini.

What tools do you use most often?
Gonzalez: I used Maya for a year before switching to Cinema 4D and After Effects during the motion design boom. I learned a lot from Greyscalegorilla and other places, and I found Cinema 4D to be very friendly 3D software. We’ve been using it for a long time now, and in 2020 we also made it a goal to start using Houdini for more complex stuff.

GPU rendering was also a big change for a small studio like ours. We used to share an office with another studio with a CPU render farm. But once we saw the capabilities of Redshift, we knew we wouldn’t have to manage crashes anymore and could just have a comfy sleep at night, so we switched.

Dordelly: We render directly on our machines with four 2080 Tis, and I think that’s one of the most important reasons we use Redshift. Sometimes our projects don’t come with big budgets for render farms, and we get a lot of power with four cards. It would be nice to have more cards, but we can do so much on our own now.

There are only two of us, but we have to work like there are four or five of us, and with GPU rendering we can do that. It’s probably been almost two years since we’ve had to use a render farm.

We also really like that the lighting workflow in Redshift in Cinema 4D and Redshift in Houdini is almost exactly the same. Same parameters, same options, with just a few differences. The Canada Dry project was the first big thing we’ve done using Houdini.

We used Cinema 4D for almost all of the environments, and the simulations, formations and bubbles were done in Houdini. We were really happy with the bubbles. There was also a transition where we solidified the liquid into wood, and that shot was insane. Now we have more knowledge on how to do that, but that was our first time trying something like that.

It took us two weeks to make that simulation in Houdini, and to do this type of work, we’ve found it crucial to use MOPs and MOPs+ libraries. We are really grateful to MOP’s developer Henry Foster (Toadstorm) for building that helpful library, which allows us to build complex setups quicker and easily. 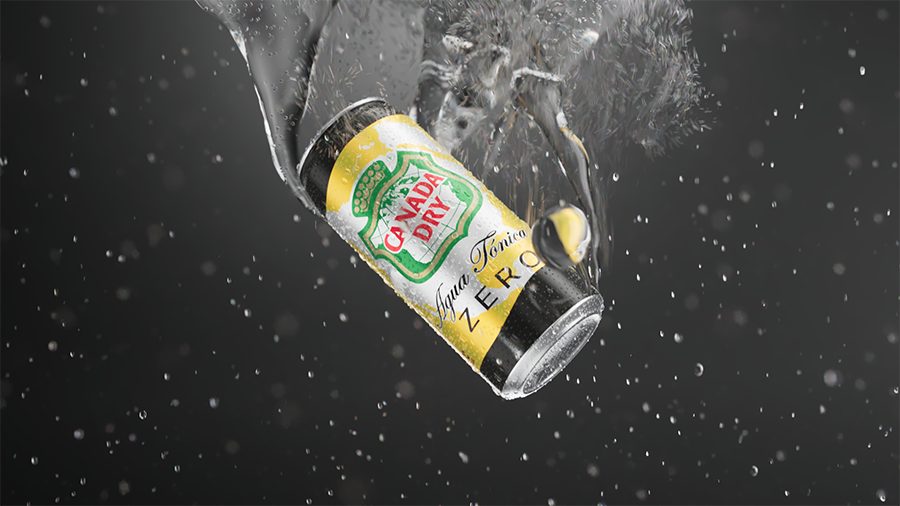 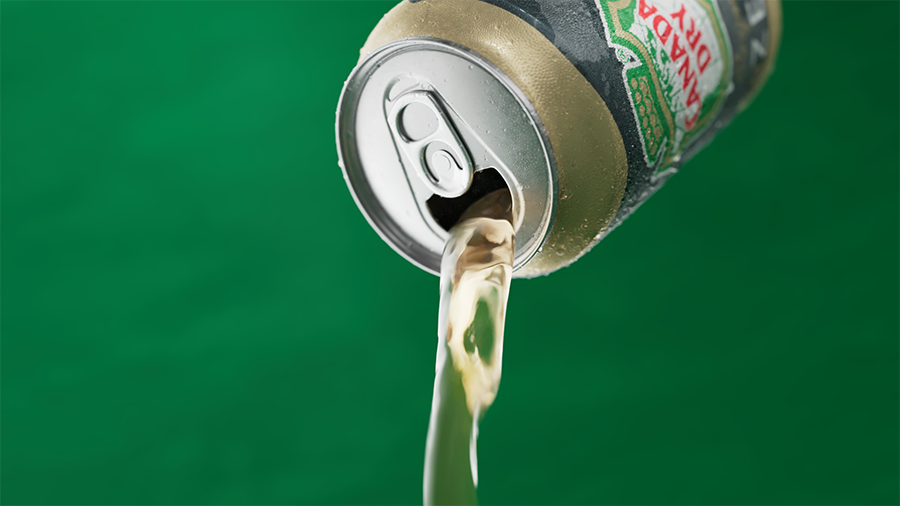 Dyne relied primarily on C4D, Houdini and Redshift for the Canada Dry spot.

It helped that we could take what we already knew about Redshift and C4D—like PBR textures and render settings—and easily translate that to Redshift and Houdini. Another powerful tool to mention is OSL Shaders. Because you can import and export those shaders into different 3D software, using them and Redshift were real game changers for us.

What do the deliverables look like on projects like these?
Gonzalez: We prioritize one video as the key, and then fragment all of the pieces into bits of gold for social media, print and high-quality images for outdoor ads. The main video is usually about one minute, and then we splice it up into other formats for Instagram, Facebook and all that.

Is your ability to work on Spanish and English projects increasing your success?
Dordelly: Absolutely. It’s funny that you mention that because community is very important in motion design. It is how we have grown our skills and found work. Anyone looking to learn Houdini or Redshift should check out the forums, Facebook groups and Discord servers. Maxon has one of the best communities with all of the 3D motion shows. 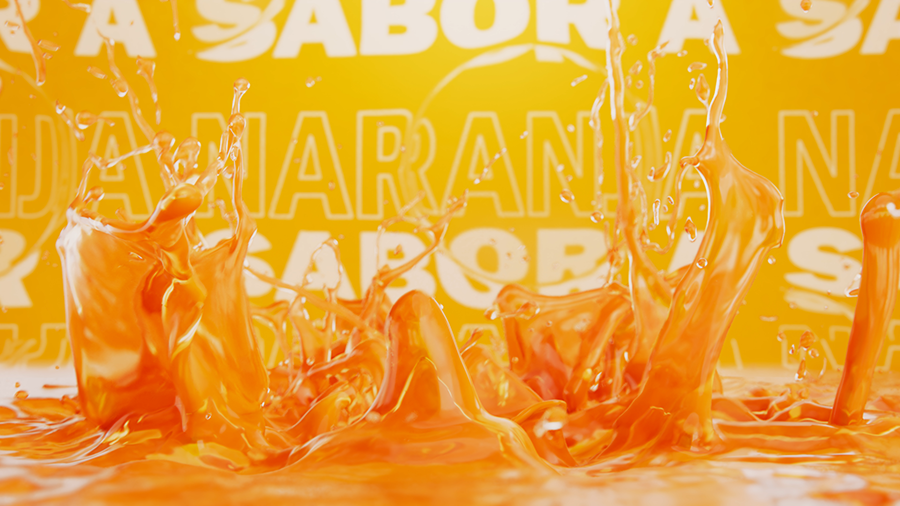 The challenge is that those communities are all in English. We’ve actually started a community for Spanish speakers because we know many artists who feel shy about asking for help because English is not their native language. With the Dyne Collective community we are trying to create a space for Spanish-speaking artists to share their work, ask for help and show of their progress.

Gonzalez: We have also created courses in Spanish for Domestika. I have a Cinema 4D course on lighting for products and motion graphics, and Carlos has a course on art directing, designing and animating graphic identities. There are also subtitles available in English, French, German, Italian and Portuguese, so we can share with more artists around the world.

Michael Maher is a filmmaker/writer in Dallas, Texas.