In Celebration of Film

New York City-based BigStar is a boutique studio that prides itself on developing design approaches that tell the bigger story. With a client list that includes Disney+, WarnerMedia, Game of Thrones, Fear the Walking Dead and the Oscar-winning documentary, Free Solo, BigStar’s 25-member team of artists, animators, writers, directors and producers are known for their work on a wide range of projects.

Among the studio’s recent projects was a collaboration with longtime client, Turner Classic Movies on a marketing package for the network’s 2020 Classic Film Festival. A four-day annual event, the festival celebrates Hollywood’s classic film legacy with a strong focus on the art and craft of film making.

Having branded the festival twice in the past five years, BigStar was excited to be tapped again for the project. Using a combination of Cinema 4D, Redshift and After Effects the studio created a series of five TCM network IDs celebrating what makes classic film making special.

To get a behind-the-scenes look at the making of the five idents, which changed over time as the event switched from live to virtual due to COVID-19, we talked with BigStar President Josh Norton, Executive Producer Carson Hood, Art Director Theo Daley, 3D Animator Conner O’Brien and Head of Production, Virgil Conklin.

Tell us about TCM’s original brief and how the concept evolved over time.
Hood: We were initially asked to create five festival idents, each focused on a different aspect of film making: craft, specifically costume design; cinematography; screenwriting; editing; and film score. Our team dug into TCM’s amazing catalogue of classic films and suggested titles and constructs that helped to tell the story of each craft. But when the festival went virtual, our conversations with WarnerMedia pivoted to showcase and elevate TCM’s brand and passion for Hollywood cinema and its commitment to the craft of film making.

Describe how you developed each concept.
Norton: To determine what the stories would be, we asked ourselves several questions: How do we celebrate each craft? How do we connect craft to the final film? And how do we tell each story and emotionally engage TCM’s film-literate audience in the romance of classic films? 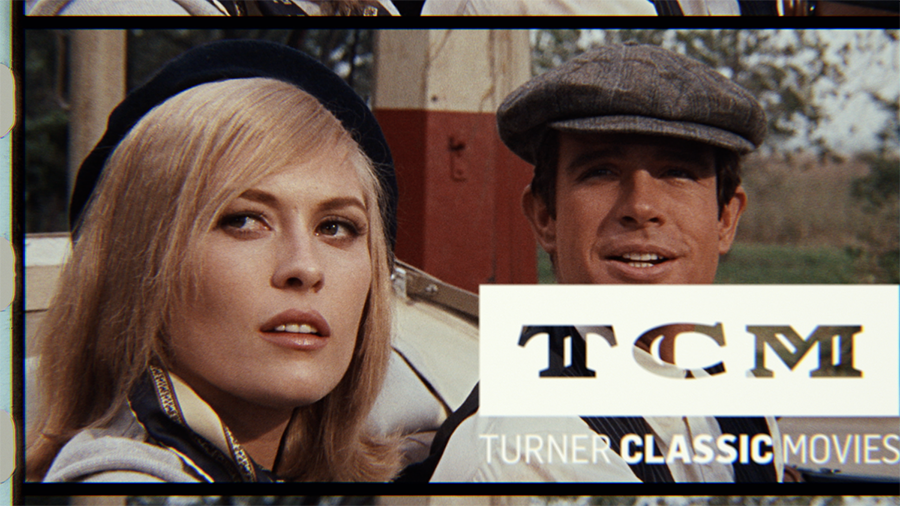 We looked for visual moments that could convey magical realism in which the objects or crafts become a lens through which the films are experienced. We suggested a selection of films that would resonate with the audience, and we really saw 3D as the backbone of the storytelling. It’s rare for us to get to do such a 3D-centric project, so we were very excited when they chose that direction. I personally love directing that kind of 3D.

Tell us about your workflow.
Norton: We decided that each of the IDs would have the same format: construct, hints and reveal, so it was pretty straightforward to apply that to all of them. We’ve been working with Cinema 4D for a long time now, and we’re committed to GPU rendering with Redshift. We use Houdini for simulation and effects, and After Effects for compositing. For 3D-heavy project like this, designing all of the spots in Cinema 4D and rendering fully in Redshift gave us the slick, cinematic final result that we wanted.

Do you have any favorites among the IDs?
Norton: It’s really tough to single some out because all of them have stories to tell. But I think the Costume Design ID is very special because of the sense of space created and the intimacy of the ruby slippers, the wand and the Tin Man’s hat from The Wizard of Oz. We suggested The Wizard of Oz because the film is so famous that the objects are instantly recognizable. And because Warner Bros. owns the rights to the film, the input we were able to get from about the set and costume design was outstanding.

Daley: We had access to original sketch assets, so we were able to model in Cinema 4D using authentic references. I’m really obsessed with details, and it was critical that the materials, textures and shading were right. We wanted to really give a sense of another era. 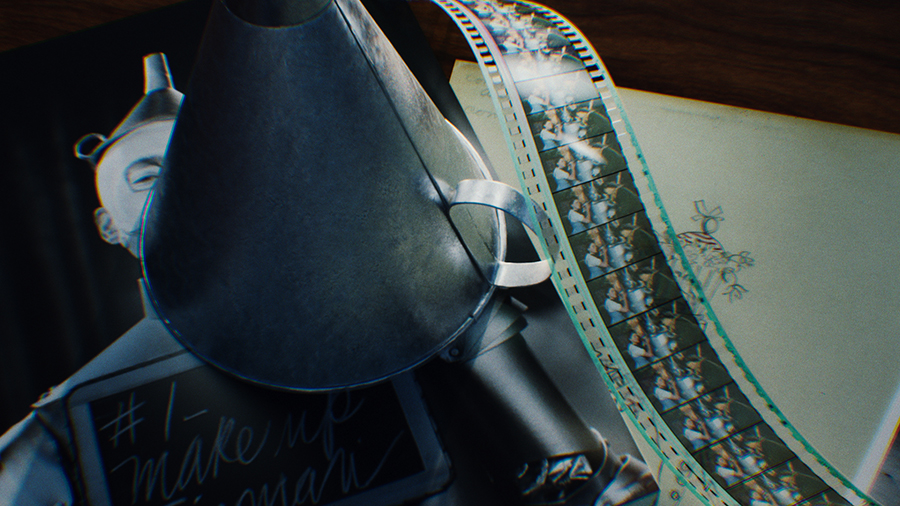 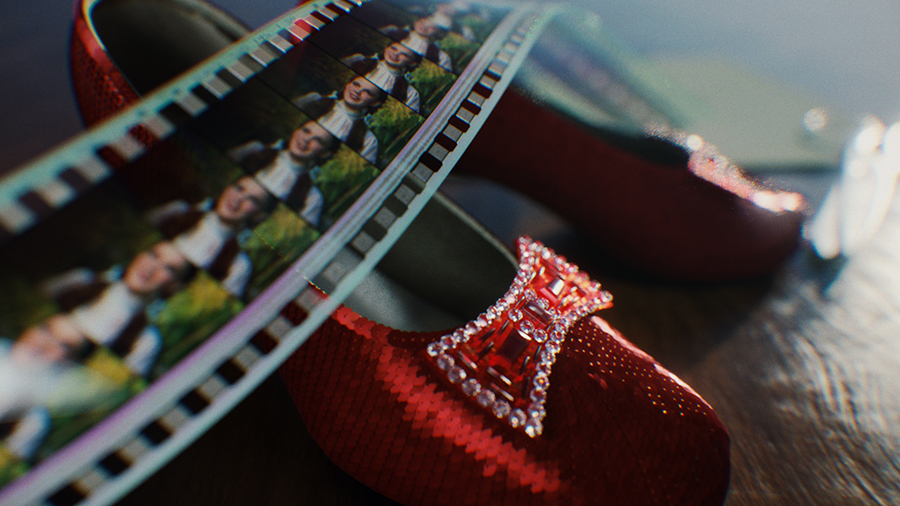 O’Brien: Almost all of the props were static on a table and the challenge was to bring the same cinematic quality to these scenes as the other IDs. We decided to do this with quick light movement and smooth camera moves, and we paid a lot of attention to direction, placement and speed of the lights, shifting viewers’ focus from one object to the next in a very seamless way.

Were any of these more challenging than others?
Norton: The Screenwriting ID was a great challenge. Instead of giving hints of objects iconic from the film, the script to Bonnie and Clyde appears line by line on an era-specific typewriter before transforming into a film reel. For this one, we needed to figure out how to animate the typewriter in a way that was interesting and connected to the storytelling. Each element was given meticulous consideration and care, from creating the paper from scratch to ultimately using the ink spool to transition to the script itself.

Daley: The big challenge was taking the typewriter apart and texturing each item with enough layers of dirt, scratches and fingerprints to feel appropriate for the era. To make the keys float properly, we split all of them off and placed them in a fracture object so we could use several random effectors to move them in space.

To get the details right, I imagined someone who typing with a cigarette in hand in the late afternoon. I created a room with certain windows in it for light sources and tried to recreate that sense of soft light through the window. Redshift was the best tool for that because the integration with Cinema 4D made it easy to set up an environment and add light and dust particles. Compositing was done in After Effects, and Red Giant Looks was used along with the standard effects.