How Pasha Motorin used C4D, Redshift and Red Giant Universe to envision what big data may look like.

Russia-based motion designer Pasha Motorin was studying TV journalism that included a class on video design when he realized he would rather make graphics than be a reporter. After creating some simple lower thirds, he made a promo video for a friend’s band in After Effects and everyone liked it. “At that time, I didn’t know how to do anything, so it felt magical to be able to make that,” he recalls.

Nearly a decade later, after working at a small studio where he learned the principles of animation, Motorin is a busy freelance motion designer and art director who primarily uses Cinema 4D, Redshift and After Effects in his work. “Posting my animations on Dribbble opened up a whole world for me, and I was contacted by customers from all over the world,” Motorin says, adding that Behance and Videohive have also been helpful. 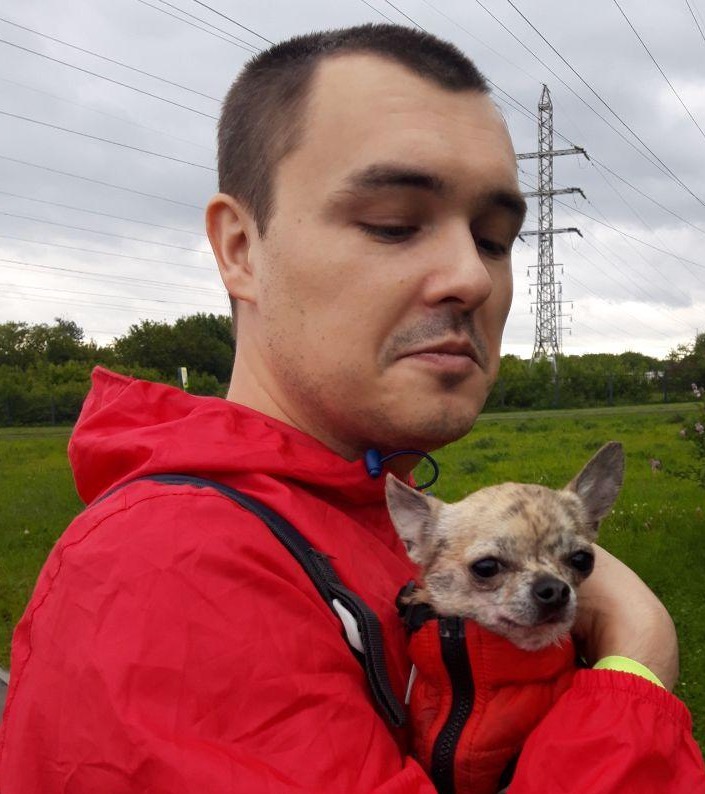 Naturally curious and interested in learning, Motorin often spends his free time on personal projects that help enhance his skill set. Most of those projects are posted on Behance, and he thinks of them as examples of what he’d really like to do as a 3D motion designer. “People were writing to ask me to do 2D work when I really wanted to do 3D graphics, and I realized I needed to focus on posting 3D projects and create a portfolio of work,” he explains.

Envisioning Big Data
Among his most attention-getting projects is Big Data, a short video Motorin describes as “an experiment about what I feel big data may look like.” Made using a combination of Cinema 4D, Redshift, After Effects and Red Giant tools, Big Data was originally conceived as a couple of images on Instagram. Motorin says his inspiration came from Starz network’s American Gods series. “There was an episode where a character used a helmet to bring the protagonist inside the digital world, and I liked the scene so much and decided to dig deeper into what the digital world might consist of,” he says. 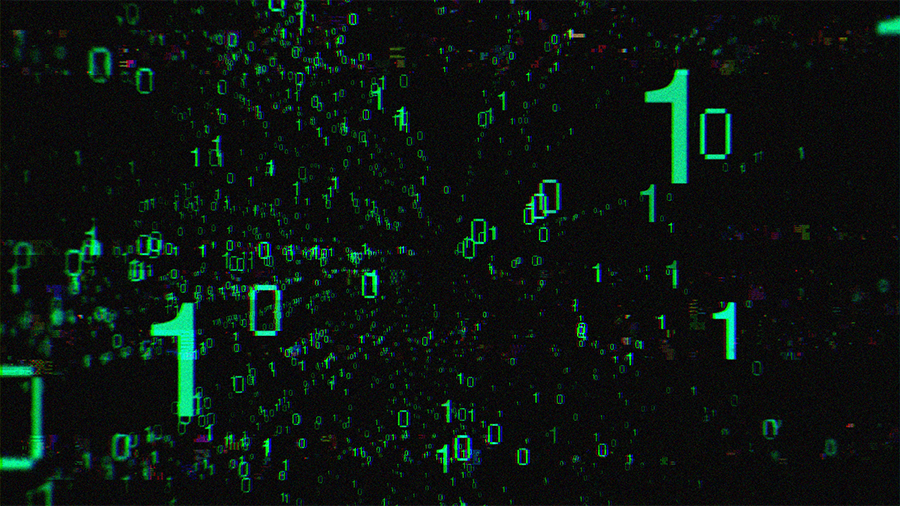 “At the molecular level, if you want to put it that way, the digital world is a binary code of ones and zeros,” he continues, explaining that he thought of that code becoming pixels with information flowing through them. He created the scene using Red Giant’s Trapcode Form. Motorin knows that his visualization of that idea may not be obvious, but he believes motion design doesn’t need to always be understandable, particularly for personal projects that are more about exploring creativity.

As he does with most projects, Motorin began by making a Pinterest mood board using images he found online after doing a search for visualizations of digital data. "All I had to do was add the right ones to my collection and Pinterest started to show me exactly what I wanted because they seem to have the best algorithm for searching for references," he says. 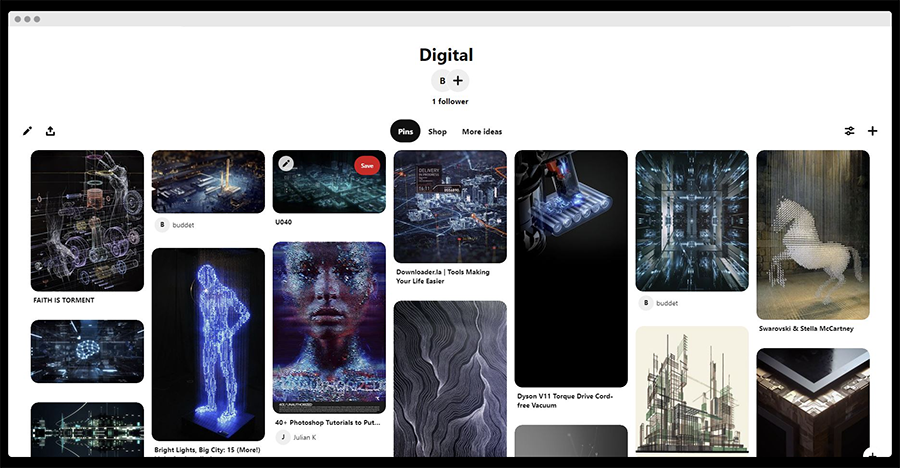 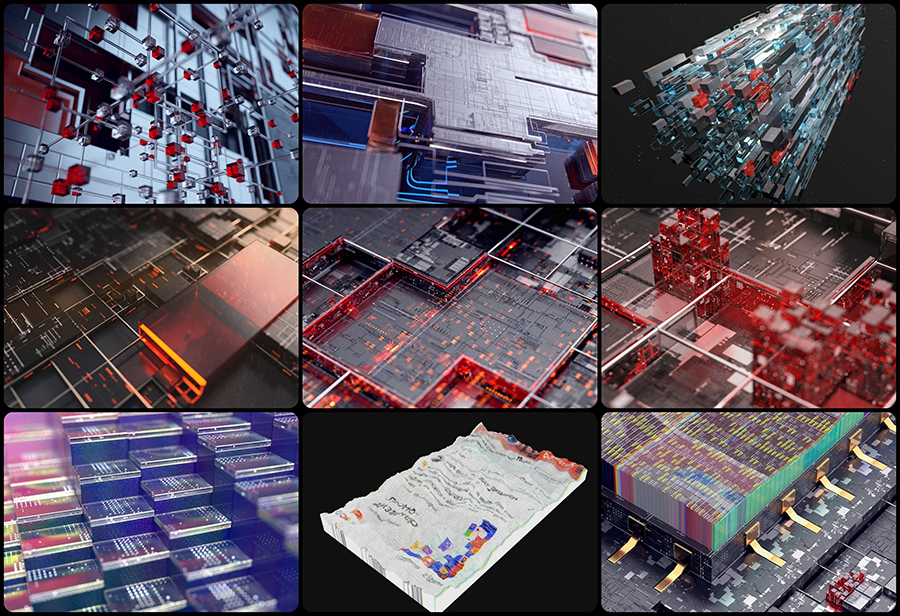 Paying attention to shapes, colors and the general mood, he refined his mood board to get the right style before doing some test renders. When he wasn’t satisfied with the results, he switched to Redshift. "Redshift was much faster, so it was a pleasure to make test renders," he recalls. "I especially liked how it renders glass. For Big Data, I used Redshift’s glass preset and just changed the color to red and added a little bit of roughness and a dots texture.”

Combining C4D, Redshift and Red Giant Universe
Motorin used C4D and the TopoFormer plugin to create basic geometry for the main scene. After dividing the plane into several parts of different sizes, he created a large, rectangular processor in the center using a clone. Additional details were added using textures made in After Effects. “It looks like there is a lot of geometry in the scene, but it’s fake and works very fast in the viewport,” he explains. Texture effects were created with Red Giant Universe’s Screen Text and Glitch . 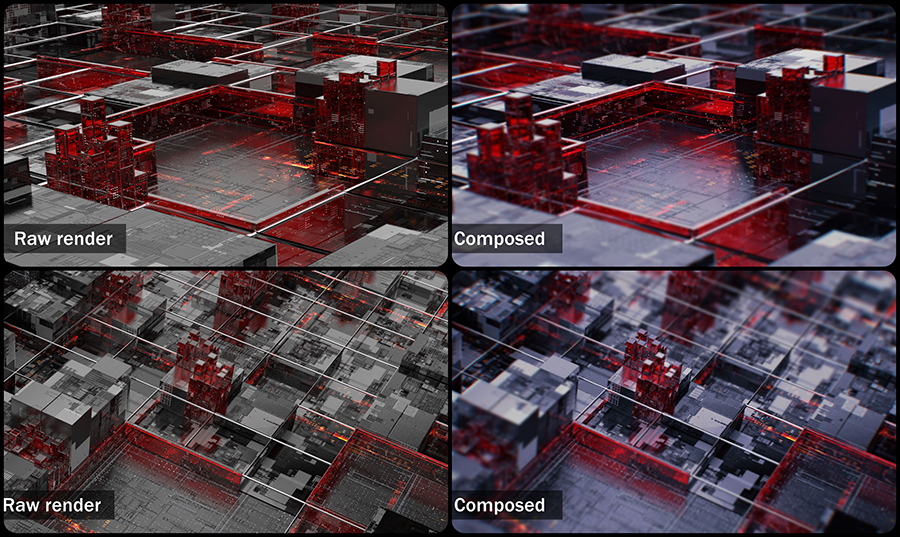 To add more motion to the scene, Motorin again turned to Redshift, which allowed him to work quickly with animated textures. After preparing the textures in After Effects and saving them as png sequences, he applied the textures to an object in C4D while applying the same texture to the opacity channel. “Not only does my camera move in the scene, but the luminous elements move too,” he explains. 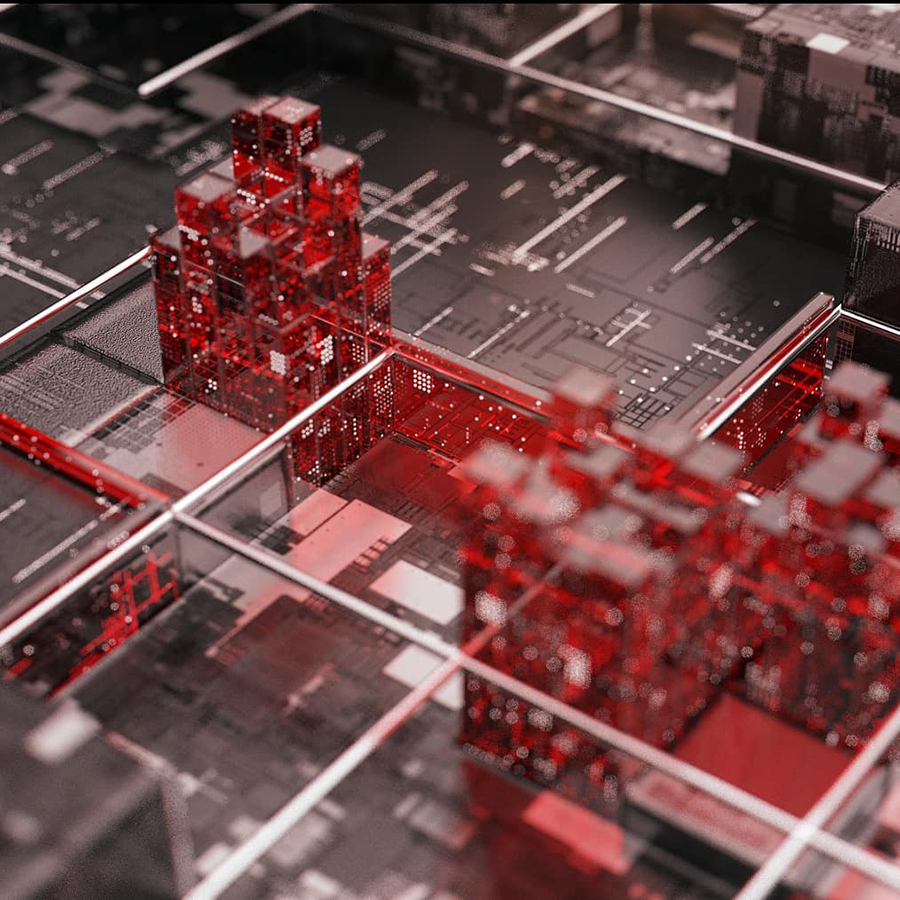 Redshift was also helpful for enhancing the dotted texture Motorin used on the red elements in the video. Nearly invisible in After Effects, the textures came alive using custom AOVs in Redshift. “Thanks to a separate layer, the texture could be enhanced without affecting the rest of the elements in the render,” he explains. “That really opens up incredible opportunities for lovers of deep compositing, and I’m grateful that as a freelancer Redshift makes it affordable and possible to do complex rendering on my home computer.”