Capturing the Essence of the Game

Sky Sports’ title sequence for England International Cricket 2019 combined a clean graphic look with an almost tactile visual concept. A cricket ball tumbles through the air and breaks open, revealing the string wound around its core. Strands of realistically textured string snake out gently from inside the ball, unravelling and reforming in the shapes of various cricketers and their individual body parts and helmets before reforming into a ball again. 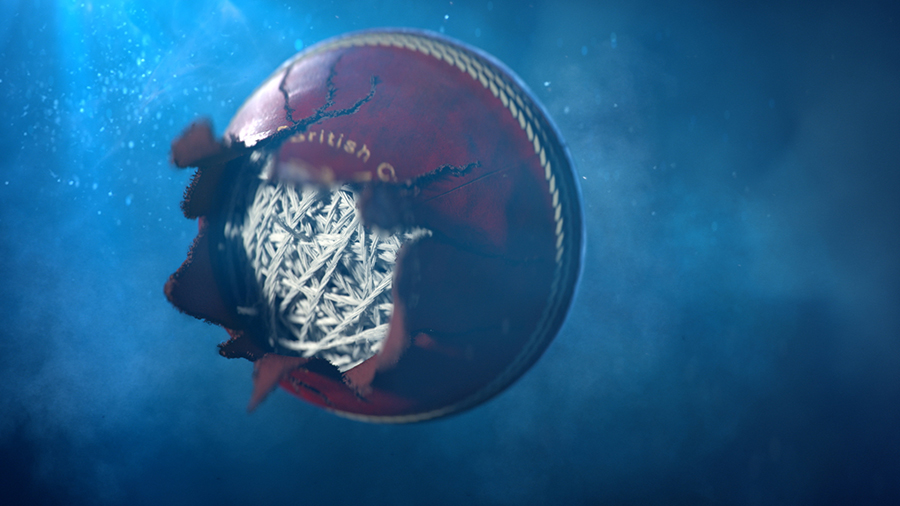 The result is a perfect illustration of sport as an animating life force that unifies players of the game. Sky Sports, the top subscription TV sports brand in the UK and Ireland, relied on their in-house Sky Creative Agency (SCA) to make the titles with help from freelance art/technical director, David Todman (http://www.meshmash.co.uk/), who has worked with the agency since 2019. Tapped as CG lead, Todman helped build an efficient VFX pipeline as he and SCA leveraged a combination of Redshift, X-Particles, Cinema 4D and Nuke to get the job done.

Sky Art Director Liam Proniewicz created the concept and pre-production mood boards with the aim of pushing Sky Sports’ conceptual work in more interesting and challenging directions. The first challenge was to turn Proniewicz’s hand-drawn mood boards into an animatable 3D system. Redshift in C4D played a big part in achieving that goal under a tight deadline. “With the schedule we had, we were never going to be able to output the work quickly enough without a GPU renderer,” Todman says, explaining that Redshift was the obvious choice for its speed, easy integration with C4D and the fact that some artists on the team already knew how to use it.

“We had beautiful mood boards, and had created some early C4D concepts using physical render so I was dreading hearing somebody say, ‘Now make that work in Redshift,’” Todman recalls. “I thought it might take me a week to get back to that look. But I just put a Redshift camera tag on the camera, swapped out the C4D lights for Redshift lights in the same places and hit render. It looked exactly the same, and I was gobsmacked by that.” 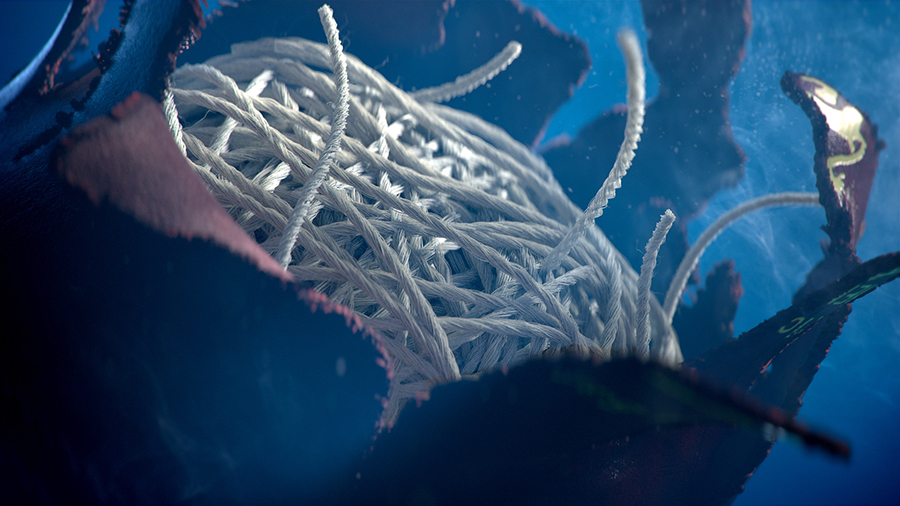 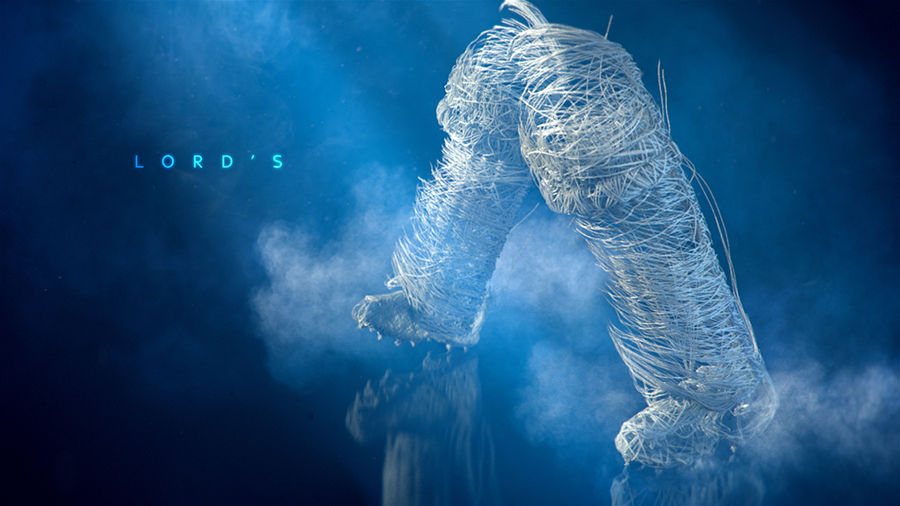 Creating an Artist-Friendly Pipeline
Todman devised a robust pipeline that would allow artists to turn animated, character-based models into string while getting real-time feedback on their work. To generate the string, the team at Sky used X-Particles to emit particles that produced splines that trailed behind them as they followed the surface of a static mesh.

But, by default, the splines did not follow the moving geometry of the figures featured in the piece. Potential workarounds inside X-Particles were laborious and would slow the simulation to a crawl. So Todman decided to use X-Particles to generate spline networks to create the basis for the strands of string. Next, they froze the fully-grown splines and let C4D take over, using a surface deformer to make them follow the animated characters. To control the growth of the strings, artists on the team used C4D’s Hair Materials, which allowed them to see changes happening live in Redshift. 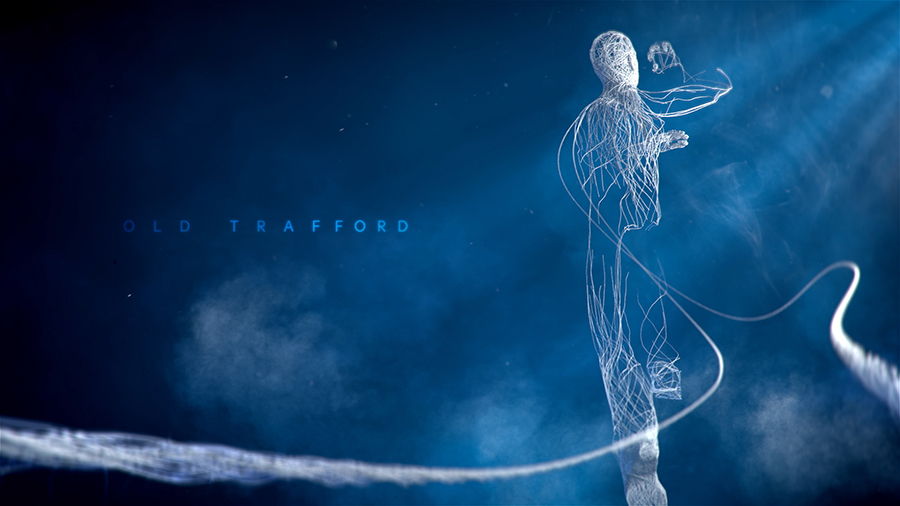 To make the process as flexible as possible for the artists, Todman created Xpresso rigs with special parameters to control various characteristics of the strands. Doing that made it possible to quickly animate the strings in complex ways as they followed the mocap-driven figures. It also gave artists the flexibility and control they needed to scale the string up or down to fit the shot they were working on. Redshift render settings were created for rendering at different levels of quality, so artists could quickly switch between fast production renders—for rougher but speedy previews—and higher-quality output with a single mouse click. (For a deeper look at the process, watch Todman’s tutorial here https://youtu.be/w7YRlTPGknM.)

Todman also found it helpful that Redshift is particularly suited to a high-end VFX pipeline because of its close integration with Nuke. “It wasn’t just one artist doing the shots, compositing them in After Effects and outputting them,” he explains. “We were outputting multiple AOVs and we had a senior Nuke artist, Andrey Polezajev, working on the final shots. Redshift’s flexibility in terms of being able to tweak the AOV settings was unsurpassed, and it made the compositor’s life way easier.” 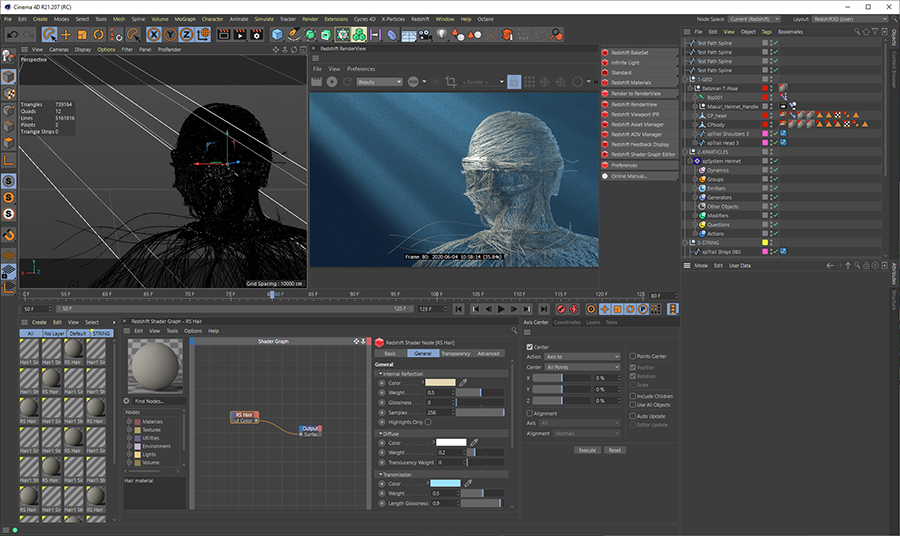 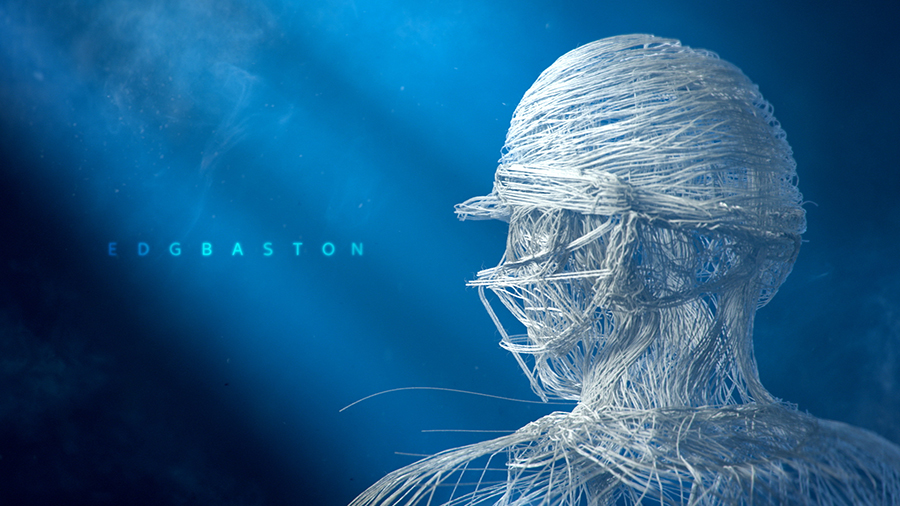 Another time-saver was Redshift’s fast-rendering volumetrics, which came in handy since beams of blue light slicing through smoky atmospherics were a critical component in the composition of every shot. Todman originally expected to render scenes without those God rays and use a separate, dedicated tool to add them in post. But Redshift was more than up to the task, using its fast spotlight volumetrics system because the lights could be manipulated in Nuke as necessary rather than needing to be re-rendered.

Time Out for a Personal Projects
Currently, Todman, who has been working in the industry for more than 20 years, is dividing his time between client projects and his passion for creating video tutorials and short films that provide a personal outlet for his interest in art and science.

His film, The Visible Void, (https://vimeo.com/meshmash/thevisiblevoid), a documentary about 3D and VR is currently streaming on Discover Film and shown on Emirates, British Airways and Virgin Atlantic flights. The film explores the way various visual phenomena help the human brain generate a sense of three-dimensional reality. “I’d spent nearly 20 years trying to explain the same 3D concepts over and over to clients, friends and family,” Todman recalls. “So I eventually decided to make a short film distilling some of the ideas into a very visual and easy-to-digest journey that normal people could understand. It was so well received and has so far been watched over ten thousand times. I’d love to make more episodes, pushing the ideas further and deeper.”

These days, Todman is actively seeking collaborators and sponsors for a new project along similar lines. “These personal projects allow me to dive deeper into some of the more obscure aspects of C4D and Redshift that I find in my day-to-day work,” he says. “There is a blitzkrieg of tutorials out there, but huge gaps remain in what tends to get covered and the ways that information is presented.”

Bryant Frazer is a writer and editor specializing in media and technology.