Blizzard’s Overwatch shorts have rocked the gaming community due to their stunning cinematography, fluid animation, and mesmeric use of color. In order to deliver them on a tight turnaround and within a whole new pipeline, the team needed a renderer both versatile and rapid.

When you’ve got a video-game that has attracted more than 10 million players to its servers even before it’s release, you know something special has happened.

Blizzard’s Overwatch – a team-based multiplayer shooter with a strong sense of character – amassed a huge fan base prior to its launch. How did it do that? With the release of its animated shorts – a series of transmedia, narrative-building 6-minute films that showcased the abilities and personality of the game’s colorful cast leading up to its release.

Even before Overwatch hit store shelves, these dynamic, imaginative shorts had fans clamoring for a movie, each successive video attracting a couple million views in just a few hours. Arguably “internet-breaking”, the shorts effortlessly breached the confines of gaming communities online and went viral, the likes of The Telegraph, The International Business Times, and The Daily Beast likening their sense of timing and composition to the likes of Pixar.

And it’s a fair comparison: some of the shorts convey more emotional storytelling in six minutes than entire movies do in two hours.

The reason for this unprecedented success was a blend of artistic skill and the technology used to empower it. Speed and versatility were key to the foundations of a successful campaign – and that’s where Redshift stepped in.


“We started establishing the Overwatch cinematic look in the trailer that announced the game at BlizzCon 2014,” begins Jeff Chamberlain, VFX Supervisor at Blizzard.

“During that time we worked closely with the game’s art director, collaborating on a visual target. We referenced the game engine and character concepts, as we wanted to stay true to the game’s look. We knew we wanted to maintain the stylization of the lighting, texturing, color, and surfacing that was established by the game. We didn’t want to add things like geometric volumes, but we did want to add less noticeable detail like groomed hair. Even in the areas where we decided to add detail, we were careful to maintain the same aesthetics that players enjoy in-game.”

And it’s a beautiful aesthetic, not to mention a huge departure from the kind of content that Blizzard has delivered before. In ‘Dragons’ we see serpentine seams of color swirl around a stage of Japanese architecture; ‘The Last Bastion’ follows a curious robot through lush, rain-drenched foliage and crimson-hued battlefields; and ‘Hero’ reveals a masked vigilante taking out a gang of goons in a storm of bone-crunching violence. It’s beautiful stuff; comic books meet cinematic animation, and all held in place by a perfect sense of dramatic timing.

It was up to these shorts to impart narrative that was not included in the main multiplayer game, which shipped without the traditional story mode. That posed a creative challenge for Blizzard, which is used to approaching things in a different way.

“We were free to tell whatever story we wanted with these pieces,” says Shimon Cohen, CG Supervisor at Blizzard. “While exciting, the prospect of minimal guidelines and a drive to tell the best stories we could was somewhat daunting – from both a creative and technical standpoint.

“Regarding the latter, we knew that with these shorts we were going to adopt a new pipeline that allowed for a quicker turnaround,” he continues. “Developing and deploying new tools to assist with this can often cause unexpected problems that need solving. Luckily, we have one of the best CG crews out there and great support outside of our team – not to mention a little help from Redshift.”


Ensuring the new pipeline was as robust and stable as possible was vital, given that the Blizzard team had an “aggressive deadline” ahead of them once they launched into full production.

Blizzard spent three months trialling Redshift, ensuring the GPU renderer was capable of delivering the colorful visuals on show while also delivering on the render speeds required by the production. The team ultimately adopted the solution in July 2015 and started to integrate it into its custom designed pipeline. This included an NVIDIA GeForce GTX 980 Ti render farm, and a Maya, Houdini, and 3ds Max workflow.

“We tested various new renderers and quickly realized that Redshift was fast, achieved the look we wanted and, most importantly, was production ready, especially since it was available for all of these DCCs – that was a big win,” says Shimon Cohen

“However, the biggest benefit we gained from Redshift was its incredible speed, which translates into increased iterations,” he continues. “This enabled us to achieve the specific Overwatch look we were aiming for in a much shorter timescale.

“The ‘out of core’ rendering performance is also superb – whereas other GPU renderers become exceptionally slow, performance on Redshift was very reasonable.” comments Mark Brown, Director of Technology at Blizzard.

The result of these various technical elements coming together are the vibrant, fluid Overwatch shorts, each packed with glorious detail. There was a human element that contributed to this final look too, however: “The support we receive from the Redshift development team is truly top notch, too,” says Shimon Cohen. “We worked closely with them during the course of the shorts, be it on feature requests or bug fixes. The team’s quick response and implementation is some of the best in the industry.” 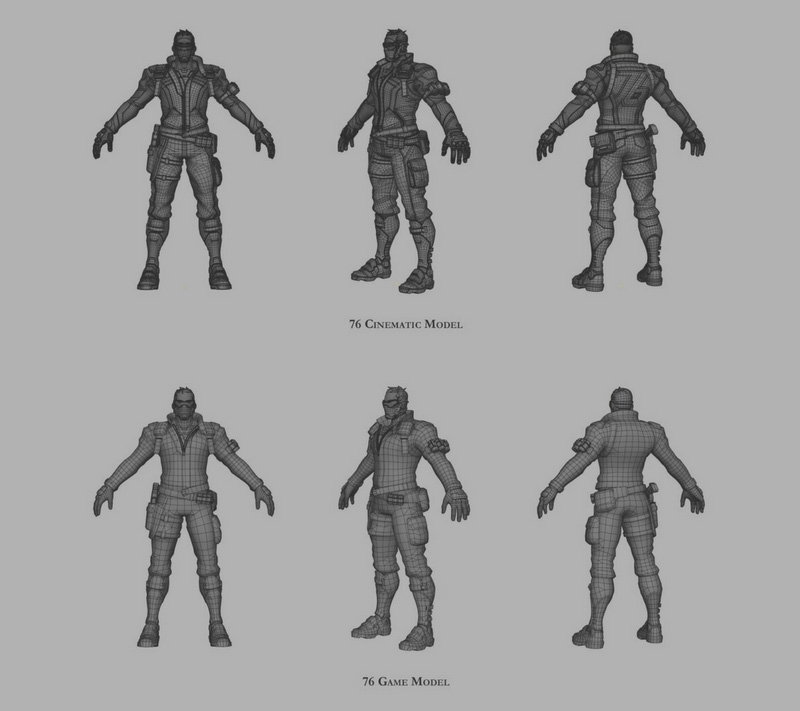 
When Blizzard first starting developing Overwatch, one of the key tenets of its design philosophy was the universe needed to feel alive. Each player character needed to be more than just an avatar; they needed to tell a smaller story within a larger world, giving the game’s players a real reason to fight.

The shorts go a long way to achieving that goal, imparting subtle, poignant stories within the astounding action going on around them. And the team is far from finished – there are still more shorts to come, each with the same, superb level of polish delivered with the help of Redshift.

“Redshift has had a profound impact on Blizzard in multiple ways,” says Shimon Cohen. “It has enabled us to tell the stories we’ve always wanted to tell with the high quality standard we require. For example, there are those hero shots that really stand out for the team, like that moment in the ‘Dragons’ episode, where Hanzo executes his Ultimate and Genji reflects it with his own. We could render such glorious moments with the look and feel of the in-game FX, with Redshift giving us the results faster than ever before.”

It’s a certainly a moment that reflects the strong visual storytelling Blizzard has come to be known for, from the fantastical plains of Diablo and World of Warcraft to sci-fi planetscapes of Starcraft.

”The adoption of Redshift into our toolset has given us the ability to tell even more epic stories while maintaining the high quality that we and our fans have come to expect from a Blizzard product,” concludes Shimon Cohen. “We can’t wait to see what else is possible!”