ABC explains how they used Redshift, C4D and Houdini to turn boat making into an art form.

Barton Damer’s 3D, design and motion graphics studio, Already Been Chewed (ABC), has been working with Malibu Boats on print and digital marketing for years. But only recently did they get the buy in of the renowned manufacturer of premium ski, wake and surf boats to move beyond their focus on catalogs and invest in an artful, fully CG campaign to highlight the brand and promote the company’s new M240 performance towboat.

How did you convince Malibu Boats to invest in this type of digital promotion?
Damer: It’s been a long time coming. I’ve been pushing them for about eight years to invest heavily into digital marketing rather than print. They still feel that catalogs are important, but they understand the importance of reaching consumers in a digital age online. We planned for it and they’ve been super pleased with the results, which set them apart from other brands. And the campaign has also won marketing awards within the boating industry. 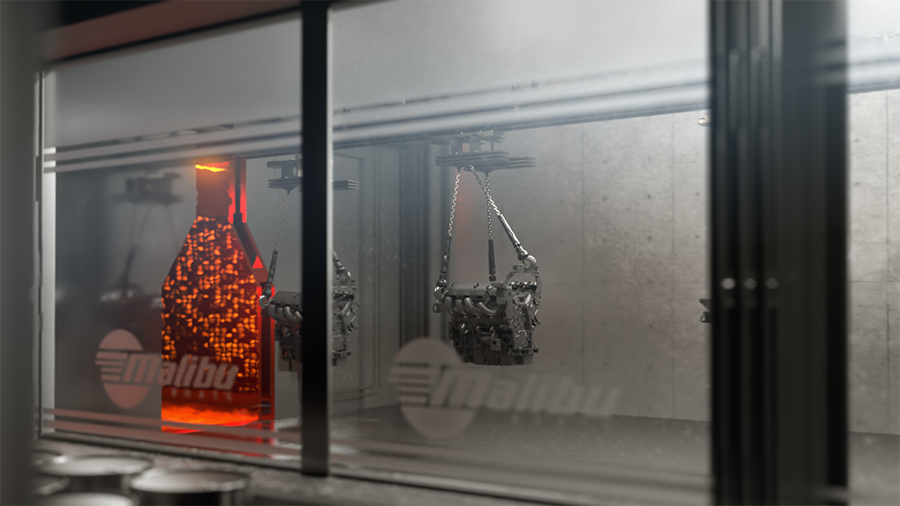 Why did you decide to use such an abstract, arty approach?
Damer: We wanted to do something elegant, not factual. This is a premium brand, so we thought it would be great to show all of the creativity that goes into creating a Malibu boat. To help them understand what that would look like, we showed them examples of work we did for Under Armour where we showed actual minerals forming fabric. Essentially, we explained that the campaign would be an artistic representation of the way a boat is made, so nothing would be scientifically correct or factual. We don’t need to see a boat coming off an assembly line. We want to visualize all the thought that goes into these boats.

Describe what the video shows and how you made each part.
Damer: The video takes viewers on a journey that starts out in a mysterious way and, hopefully, keeps them interested to see what will happen next. I toured the factory, so I could look for parts of the process that I felt could be interesting, beautiful and abstract, like how they develop fiberglass and do the gel coat. The video starts with fiberglass fibers forming at the micro level, and then we move into the gel coat process, which covers the fiberglass. 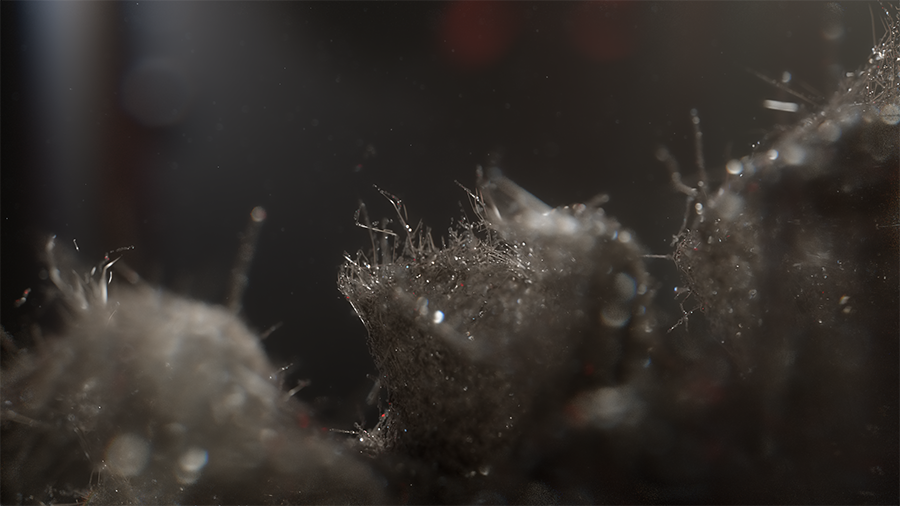 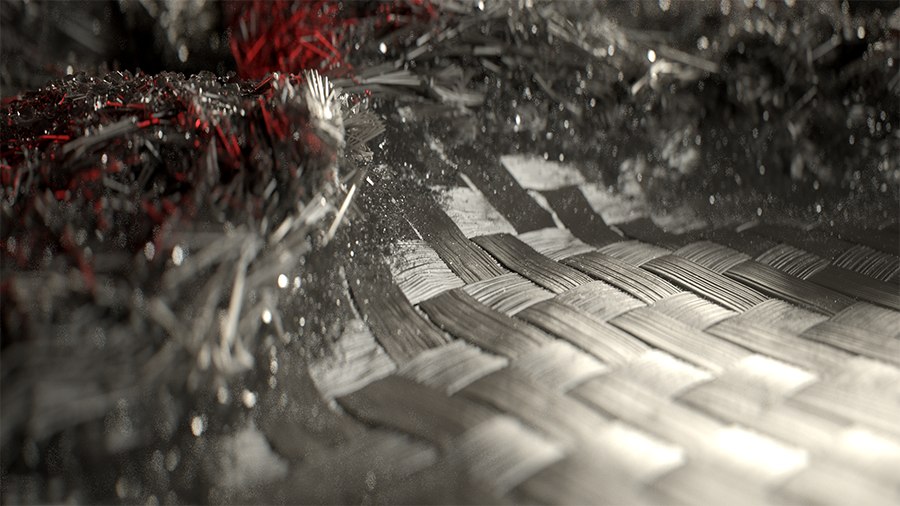 Fancher: We used Redshift’s proxy-within-a-proxy workflow for the tiny crystal geometry that tracks along with the fibers. It’s the best way we’ve found to get millions of instances from Houdini over to Cinema 4D. We exported a few crystals to disk as Redshift proxies and instanced them back onto our animated points. Then, we exported that sequence as yet another Redshift proxy to bring back into Cinema 4D. It seems ridiculous, but because this final proxy sequence only has to store points that reference the external proxy crystals, it keeps the file size down and gets us fast, stable renders—proxyception! 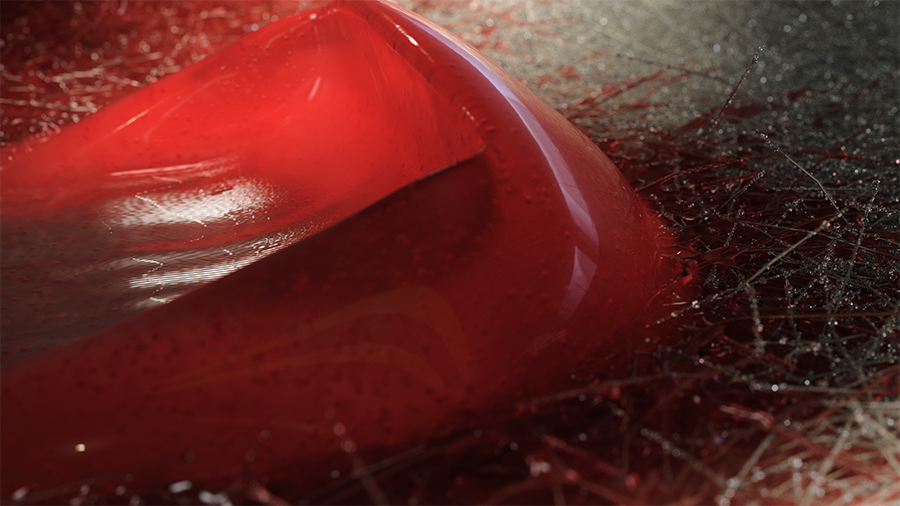 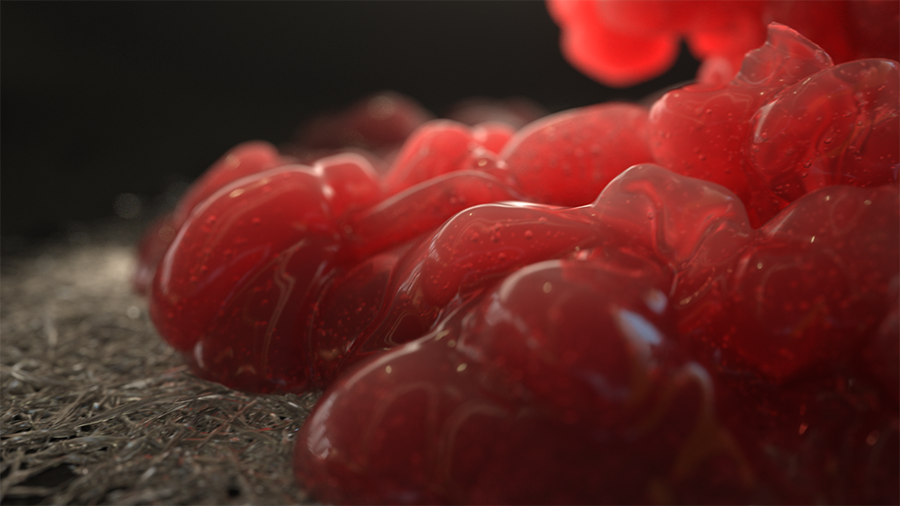 Fancher: We were also looking for a stunning way to show the gel coating process. The gel coat typically gets sprayed and spread out over the top of the fiberglass that has been laid. We drew inspiration from that actual process but looked for visually compelling ways to show that off. I used Houdini, Redshift and C4D for this shot too. We took a smoke sim, converted it into a surface, and advected little bubble particles throughout. Smoke behaves like liquid in a lot of ways and meshing it like this really highlighted its resemblance to water in a really abstract and dreamy way. 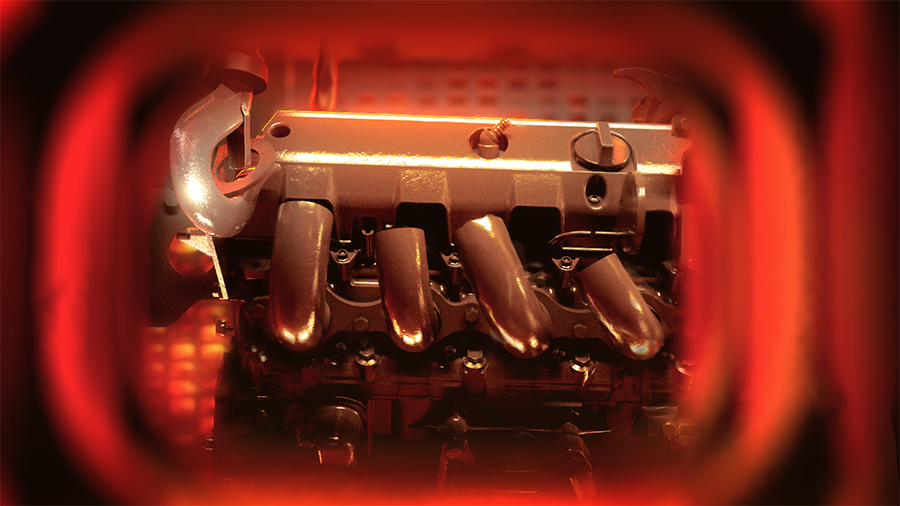 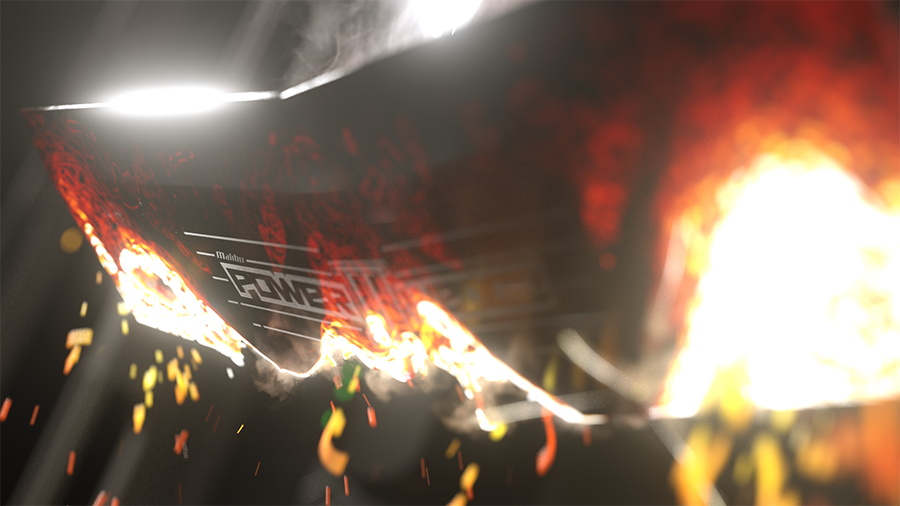 Damer: Other details, like the electronics, speakers, the powerful engine and the stitching on the boat’s leather seats are even more abstract. Like, you just see wires coming in and then we introduce electricity into the dashboard. This year, the seats have intricate patterns stitched into the leather, so we highlighted that stitching process and leather stretching to form the captain’s chair. 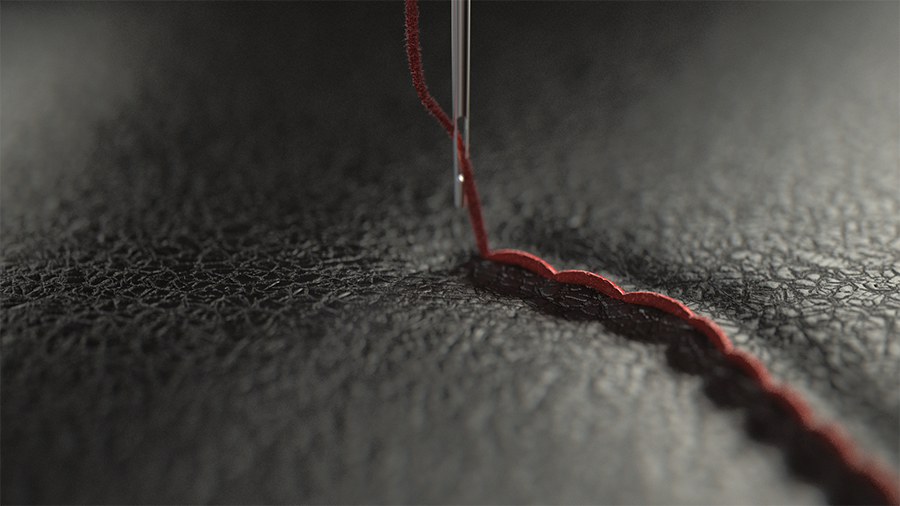 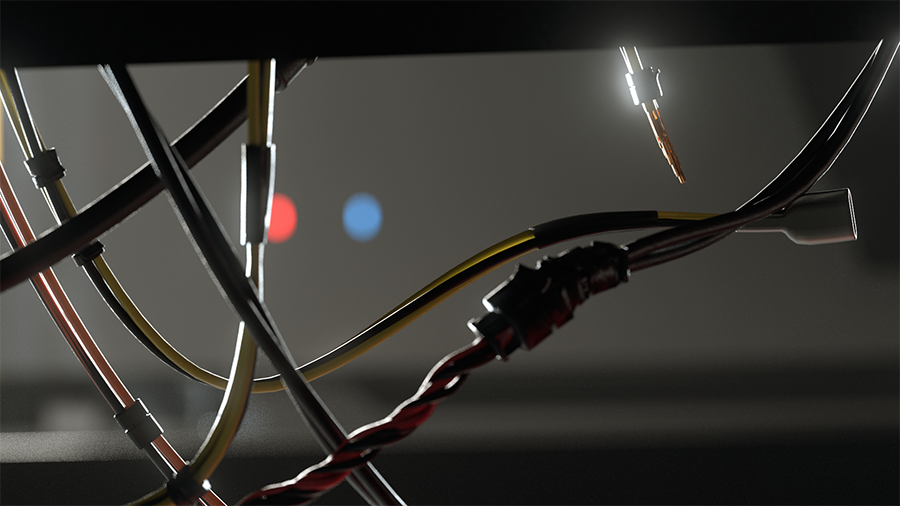 As we continued throughout the process, Cinema 4D and Redshift really allowed us to create all the moments we needed for the video. We had a good blend of animating inside of C4D along with combining Houdini simulations. Our lead motion designer, Bryan Talkish, can say more about Redshift’s role, including volumetrics.

Talkish: We leaned on Redshift for initial look development and production so we could wrangle a lot of assets, including large set pieces, animated files, complex geo, materials, and fog volumes. The volumetrics inside of Redshift allowed us to add a nice sense of depth inside the factory, giving the atmosphere an aerial diffusion. Using a combination of volume lights placed around the scene, Redshift's attenuation settings and volume objects, we were able to get a natural falloff, adding to the mystery of the M240 reveal. This gave the scenes a greater separation between foreground and background elements, much like DoF, and boosted its dramatic impact.

Throughout the process of creating styleframes and animation, Redshift handled and managed everything really well. During production, both single hi-res frames and lo-res sequences were created to help gauge and dial-in settings, shot by shot. When it was time to send-off scenes for final rendering, Redshift's optimization sliders and sampling overrides kept it all stable. 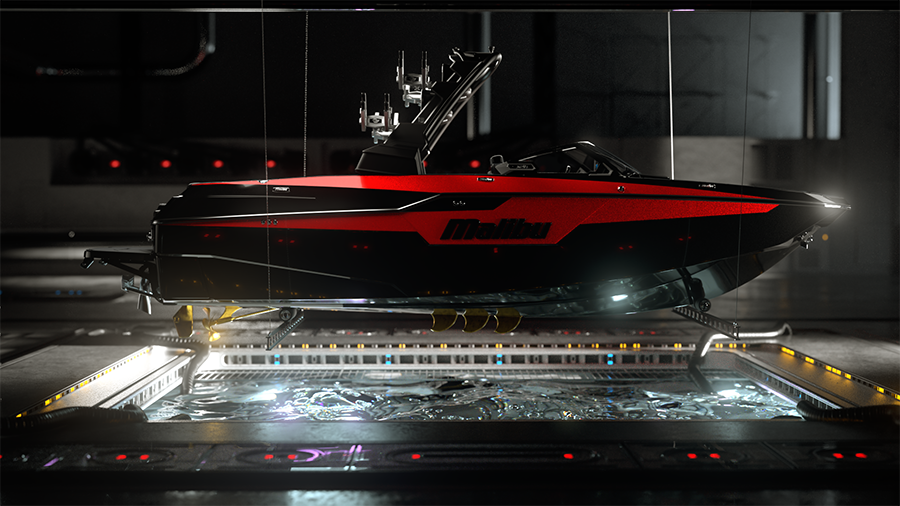 Talk about the complexity of the end shot where boat is in the warehouse.
Damer: I feel like we really pushed ourselves a lot with this. A lot of the scenery we built out was very large, particularly the warehouse scene with the boat and the water. Redshift handled it all incredibly well and was really reliable throughout the whole process. It helps that it works really well for large teams, too, since we’re looking toward growth in the future.