Animating a Journey Between Body and Spirit

How a new London-based design studio used Redshift, C4D, Maya and Houdini to create the short film, Plume of Light.

Just a few years after founding Feed Me Light in 2015, Belgian-born motion designer, 3D artist and creative director Denis Bodart found himself wanting to stretch beyond the studio’s focus on character animation and get into high-end motion design. So he launched a London-based design studio called Plume where a core team of artists and designers use Redshift, Cinema 4D, 3ds Max, Houdini and Maya to create work for games, film and interactive technology.

To showcase Plume’s vision and production capability, the team produced and directed Plume of Light, an animated short film loosely inspired by the experience of a Kundalini awakening: “Where energy rises through the body. From the base of the spine to the top of the crown, up to the universe and spirit,” Bodart says, adding that he’s always been fascinated by spirituality and interested in meditation.

“I felt that a journey of awakening was an interesting starting point to explore a series of loosely connected visual images and demonstrate our focus on detail and effects at the same time,” he explains. Using five elements—earth, water, fire, air and spirit—the film gave Plume an opportunity to experiment with many different techniques and looks. And they used the interactive mind-mapping tool, Miro as part of their creative process.

Animating a Journey
The film opens with a firefly and a ladybird beetle, who fly off together into a surreal world. Bodart created the ladybird in 2012 using 3ds Max as a way to showcase his 3D skills. He breathed new life into the creature for this film by modelling it a bit differently and rigging and animating it in Maya. Other ladybirds in the film are all based on the same version. 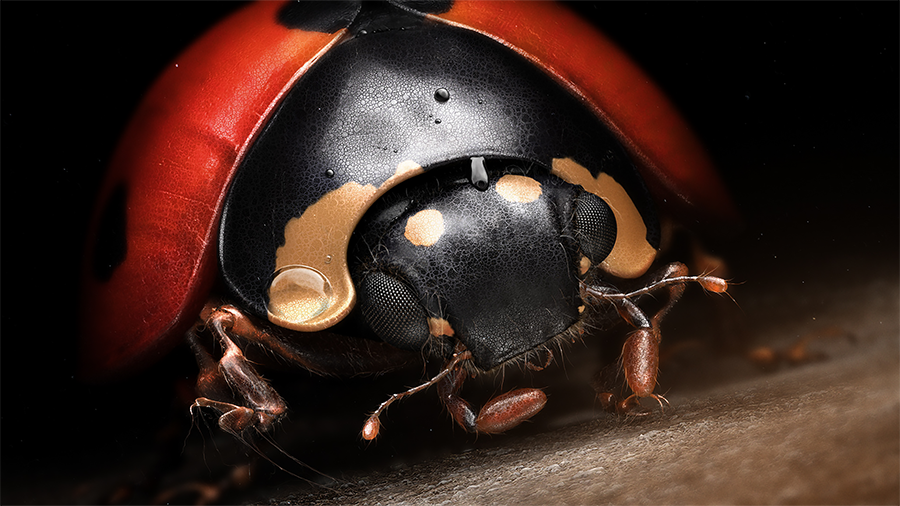 As the film moves through scenes featuring the element, different geometric forms underpin each model, lending rules to the underlying structure and expression of the basic shapes. Earth’s rock forms, for example, are based on a cuboid mesh, fire is represented by smouldering embers and references tetrahedrons, while bubbles of water are icosahedrons. "We found in our research that mathematical formulas and naturally occurring patterns in nature have long been captured in sacred symbolism and religious architecture, so we wanted to reflect that in our film," Bodart explains.

“The fish were inspired by the classic depiction of yin and yang, and I liked the sense that their form becomes a circle held in a water sphere,” Bodart says, explaining that the fish were rigged and animated in Maya. The bubbles were handled entirely in Houdini with Redshift. This was the first time Plume has used Redshift, and the speed at which the GPU render engine was able to measure refractions allowed the team to easily develop the level of distortion and measure the placement and scale of the fish.

Plume used Redshift for to dynamically light the air sequence and place each element in the scene at the right time. After starting out with feathers arranged in a variety of ways, the team decided to incorporate a dreamcatcher into the composition. "This was a physical way to represent our subconscious and how our dreams live in the air," Bodart says. "The dreamcatcher works as the perfect gate to capture the dreams in the ether of air and move them toward the spirit." 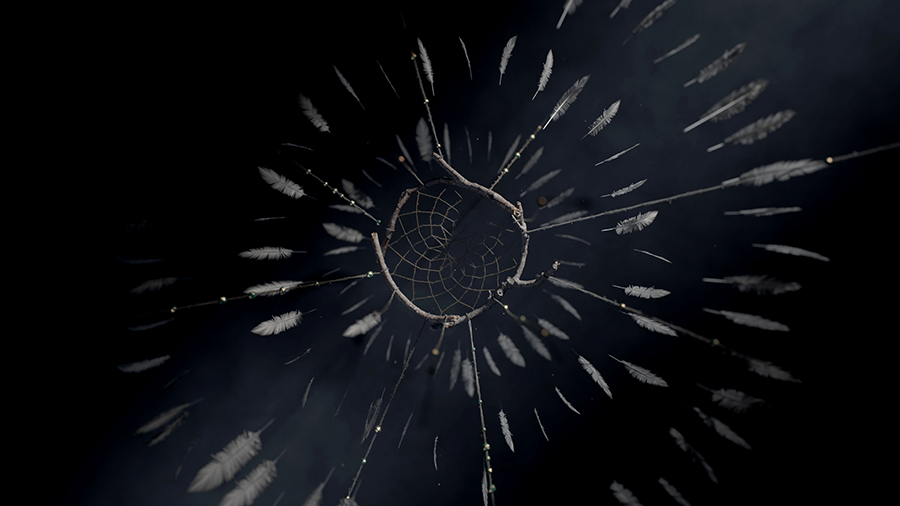 Combining Redshift and Cinema 4D
Moving forward through the narrative, Cinema 4D and Redshift were used to create the mandala sequence. The goal was to create a feeling of going through doors, and all of the patterns were modelled with attention to how light spread through them. Bodart credits Redshift, along with Cinema 4D, for the successful kaleidoscope effect the team achieved.

“We used C4D’s cloner tool to create repeated geometric patterns that took on a psychedelic effect once we rendered them in Redshift,” Bodart recalls. “The real-time interaction with Redshift is amazing,” he says. “I found it really exciting to be able to preview what the camera was seeing and make changes easily to the depth of field, lens flares, glow and motion blur. It was a game changer.”

The film culminates in what Bodart describes as a plume of light, circling back to the name of his latest venture. More than a design studio, Plume is also a creative and personal philosophy about finding beauty in every element, he says. "As a sister company to Feed Me Light, Plume will benefit from the established processes and structure that has allowed Feed Me Light to grow and succeed," Bodart says. "We're very excited to carry on working on projects in the areas of design, movement and technology."