A Powerful Punch of Color and Style

From the powerful pinks to the electric blues, the promotional spots and motion graphics designed for video streams, e-sports, and content marketing are packed full of intricate details that make the projects truly stand out from the pack. Recently, London-based Dazzle Ship worked with Director Vector Meldrew to create multiple assets for “Bleeding Edge”, a new multi-player online combat game being developed Ninja Theory/Microsoft for Xbox One and Microsoft Windows.

We sat down with Johnson to talk about the art and the many deliverables he and the team created. Here’s what we learned.

Tell us a bit about yourself.
Johnson: I started in the music industry, setting up websites and doing designs for music videos. That was a springboard into the advertising world, which led to the computer games world. It turned into Dazzle Ship because the nature of the projects needed larger teams, more than I could handle as a freelancer. The company started to take on bigger projects, mostly with clients in sports technologies, e-sports, video games, and the music industry.

So this project is practically a combination of all of those industries?
Johnson: Right. Ninja Theory, which is owned by Microsoft, asked us to create an entire suite of assets for them to use online in everything from promotions to online e-sports communities. Working with the gaming community is great because the clients are just so nice.

With Ninja Theory, we have this established degree of trust and collaboration. For “Bleeding Edge,” they gave us themes that were ingrained in the game, like its comic-book style, nineties graffiti, steampunk and biohacking. They also told us about the underlying narrative and the dystopian environment, and that was the jumping off point.

And how did you adapt these jumping off points into the final artwork?
Johnson: When we started designing, there were two main looks. The game has an element of hacking with characters biohacking their bodies. It’s common to use futuristic user interfaces in that case, which obviously works very well for anything sci-fi but for this project it felt too obvious.

So we put a heavier focus on the anime and comic book art and graffiti, which was actually more fun to create. We wanted to do something character-based, like a nineties-style cartoon show. We pitched the two looks, a safe sci-fi user interface, and something a bit more exciting where we developed custom shaders in Redshift that had a comic-book style. 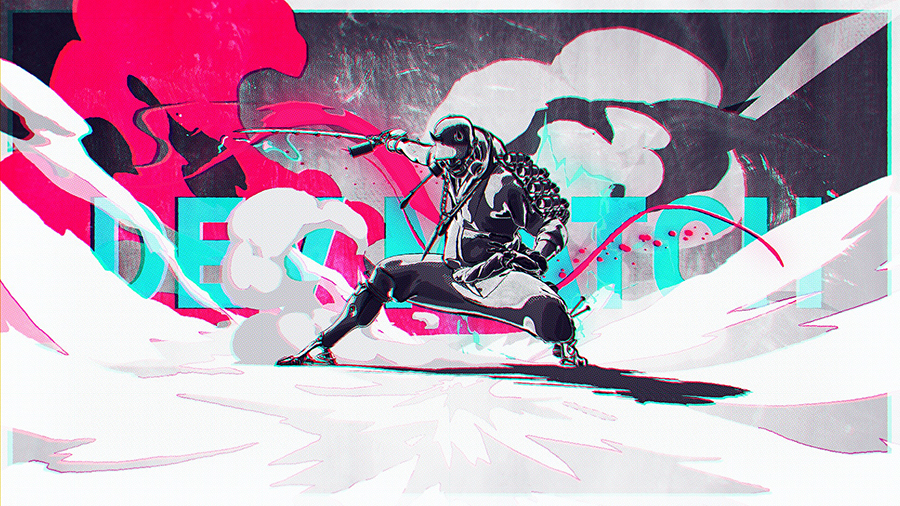 The Redshift shaders caught my eye the first time I saw the spots. Tell us more.
Johnson: The shaders, which essentially do a toon render, were created by motion designer and lead artist on the project, Florian Baumann. They set up a black- and-white look, then there’s an overlay of a texture that picks out the grey areas and projects a dotted-line pattern. The dot pattern is quite good because it doesn’t move too much with the geometry; it’s projected and driven more by the camera, which helped with consistency. Then we combine those passes with a color pass that picks out the main colors that are already on the geometry.

After exporting the file, we just play around with the composite in After Effects to enhance the different subtleties by adjusting the blend modes to get the dots and lines to come across. It varies a bit from character to character but, to finish, we would overlay an outline and add things like chromatic aberration to really amp up the comic- book feel.

We had a very distinctive look that we wanted to achieve, and after some R&D with different render engines, it was clear that Redshift had the competitive advantage because there’s so much flexibility with shader options.

Was the color palette something predetermined or driven by the design?
Johnson: The colors weren’t necessarily in the game, but they are in the outward-facing branding. There was an electric blue-and-pink theme that really caught my eye, and we just accelerated that. It was like taking inspiration from the game while deliberately making it no look like a scene cut from the game.

Tell us about the character models.
Johnson: All of the game assets were created within Unreal Engine. We had to develop a pipeline to get the assets into Cinema 4D using FBX files. There are some nuances, like clothing dynamics that didn’t transfer, so we would put things like hoodie drawstrings into Houdini to redo the simulations and then bring those into Cinema 4D.
We’re starting to do more in Unreal these days, so it’s been good to get a better understanding of how it all works.

Characters were exported from Unreal by Ninja Theory’s team, and we imported them into Cinema 4D via Houdini so we could redo the hair, cloth and dynamic simulations that would normally happen in game. 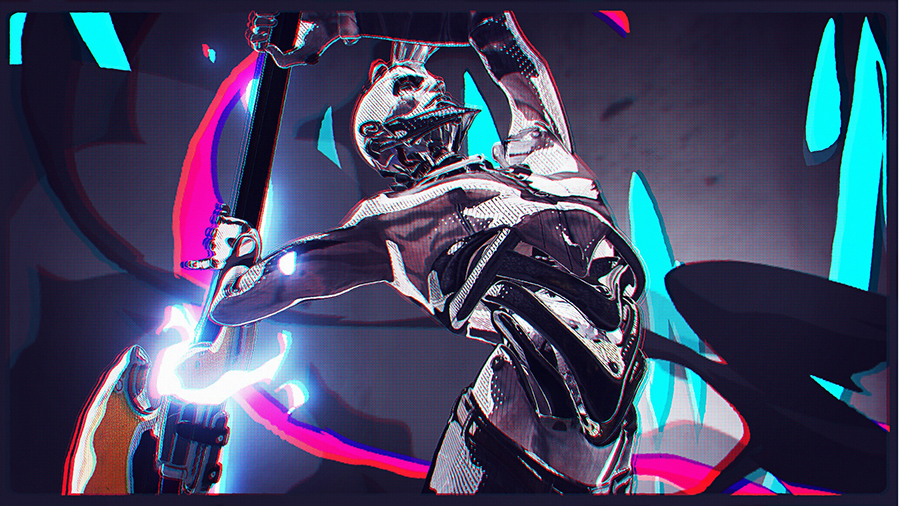 Describe all of the deliverables you needed to handle.
Johnson: There were quite lot of deliverables for this one, including identities for various content marketing campaigns. They also had things like dev battles and events. The online gaming community is very big, so we needed to create assets for them to announce updates like the best matches and top five players. There were also audio visualizations and photo animation loops that went out on the YouTube channel. We also did the logo sting, which actually ended up in the game.

What is Dazzle Ship focusing on now?
Johnson: Currently we’re building out our own IP, including a science fiction story called Broadside, which will be an episodic story about a decentralized future. It will be distributed using NFTs. Learn more about the project.

Michael Maher is a filmmaker/writer in Dallas, Texas.